A new, high-quality global satellite communication system for ships at sea, run by INMARSAT, will come into operation on February 1, 1982. INMARSAT is the International Maritime Satellite Organization which has 36 member- States.

A February starting date has been assured by a decision taken by the INMARSAT Council in London recently at its eighth session.

The Council decided to lease capacity on two existing MARISAT satellites — one serving the Indian Ocean region, the other the Atlantic Ocean region. INMARSAT has already taken a lease on a Pacific Ocean satellite.

Later next year, new satellites on which INMARSAT has leased capacity will start to replace those of the MARISAT system. The new satellites, which are needed to meet expected growth in calls, are: MARECS, maritime version of the European Communications Satellite, leased from the European Space Agency (ESA). The first MARECS will be placed in orbit over the Atlantic Ocean by the end of this year. Its launch vehicle is the European Ariane Rocket.

Spare satellites will be provided over all three ocean regions to ensure continuity of service in the event of failure on any one satellite.

Over 700 ships throughout the world are now fitted with earth stations enabling them to send and receive calls by satellite. By the time INMARSAT takes over from the MARISAT system on February 1, 1982, the number of ship earth stations in use is expected to be nearly 1,000. Technical arrangements agreed by the INMARSAT Council and Comsat General will ensure that the transition from MARISAT to INMARSAT is accomplished without interruption to service to users and with minimum inconvenience to ship earth station manufacturers. 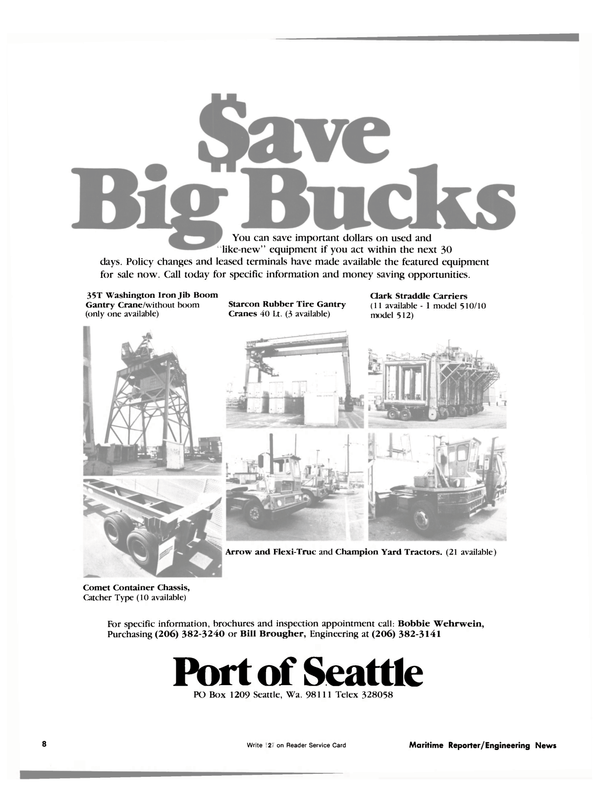