The first U.S. deepwater oil port appears to be handling ULCCs and VLCCs without problems.

The Louisiana Offshore Oil Port (LOOP), located 19 miles into the Gulf of Mexico, has received seven large bulk carriers up to 417,000 dwt in its first quarter of operation. Officials report the facility has been operating without any major hitches.

LOOP is in its "test and check out" phase — it is operating at well below its design capacity of 1.4-million daily barrels of crude.

Officials are checking out all parts of the system, experimenting with different pumps to insure that when the facility is called upon to operate closer to capacity, everything will be in working order.

Ashore work is progressing on eight large storage cavities at the Clovelly Salt Dome some 28 miles inland. Two of the caverns are near completion. LOOP officials expect that by mid to late November they will be ready to store oil.

LOOP will not be capable of operating at capacity until all the caverns are utilized by the end of 1982. 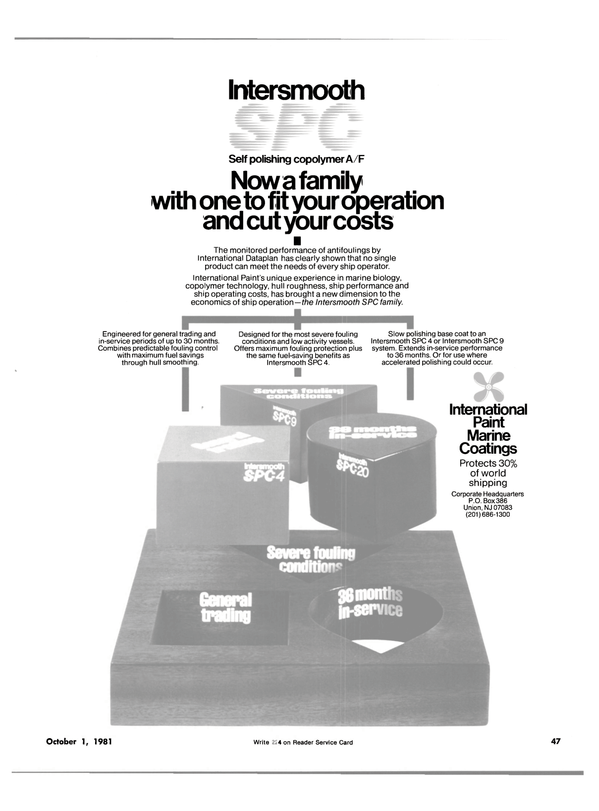