Fifty-Year-Old Tug Is Restored For Service

A venerable 50-year-old woodhulled tug (shown above) has been restored to her fitness of yore and is back in service in Lake Union, Seattle, Wash.

According to Mark Freeman of the Fremont Tugboat Company, Inc., the 42-foot-long "A-l" was renamed "Sovereign," following repairs and refitting carried out by Peterson Boatyard, Tacoma, and by Fremont.

The Sovereign's D-13000 Caterpillar diesel 115-hp engine was rebuilt, the vessel was rewired, a new tailshaft and a new 42- inch by 27-inch propeller were installed. Only four planks, two forward and two aft, of the Port Orford cedar hull had to be replaced.

The tug has two Ray 50 VHF radios, a Binimi VHF radio, a 600-foot Raytheon depth sounder, and a Furuno radar. There is a double berth forward, a single berth in the pilothouse and a nice, roomy house with an oil range.

Mr. Freeman took her on a 15-day trial trip into Canadian waters and reported that everything "was just fine." She was built in 1930 at Everett Marine Ways for Monroe Logging as the "A-l," and was used on the Snohomish River. Later she was sold to the Scott Paper Company for use in the Similk Bay boom grounds. Then she was sold to Chuck Hanson, who used her in his pile-driving business for about 10 years at Anacortes.

Fremont Tugboat purchased her in 1980 and began her reconstruction. 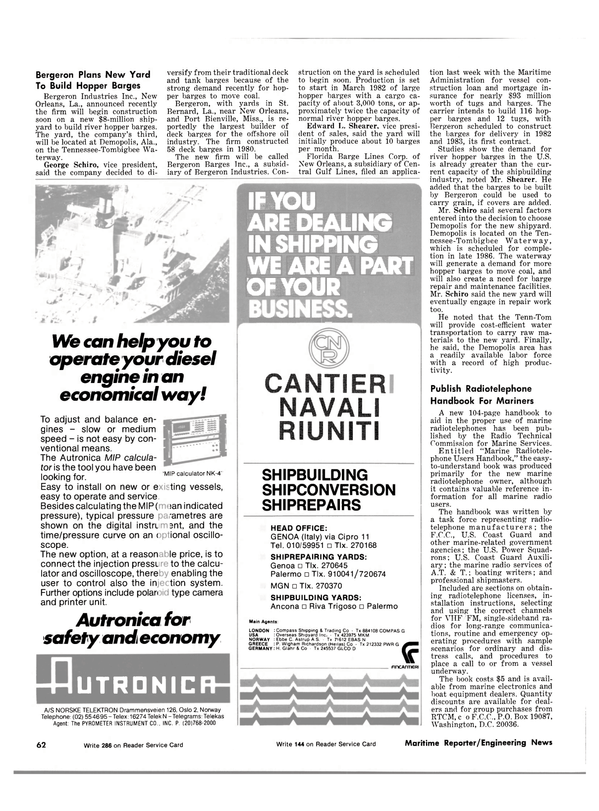