The Gulf Coast shipyard also announced the signing of a contract for construction of two 250-foot by 72-foot by 16-foot offshore deck barges.

The 173-foot M./V Golden Girl is the second of 12 vessels contracted by Golden Gulf for construction by Moss Point Marine. The 114-foot M/V Cape San Bias is the second such supply boat of a two-boat contract for Sea Mar.

The two 250-foot deck barges, which will be delivered later this year, will be built on Moss Point Marine's new tilt beam launch system that is capable of handling up to 300-foot vessels.

The shipbuilder is scheduled to deliver seven more 173-foot supply vessels in 1982. 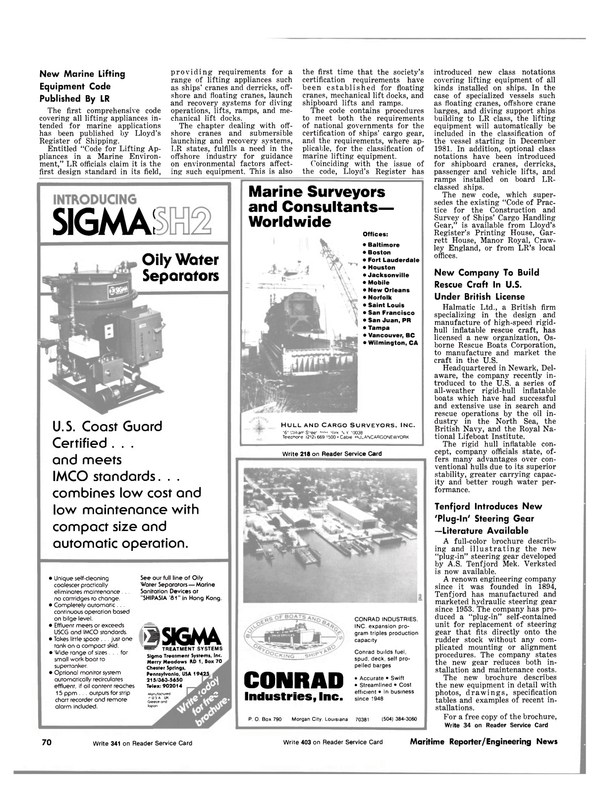