A steady upward climb in the world orderbook for the 27-month period from January 1979 to April 1981 has been reported by the newsletter Bremen International, published by the Senate of the West German city.

As of April this year, for vessels 2,000 dwt and over, there were 1,707 vessels on order — more than 51.6 million total deadweight tons. The lowest point in international shipbuilding during the last decade was reached in January 1979. The total order for the shipyards of 39 major shipbuilding countries—including the communist-controlled Eastern- Bloc countries and China—at that time was 1,315 ships with a total of 30.2 million dwt. 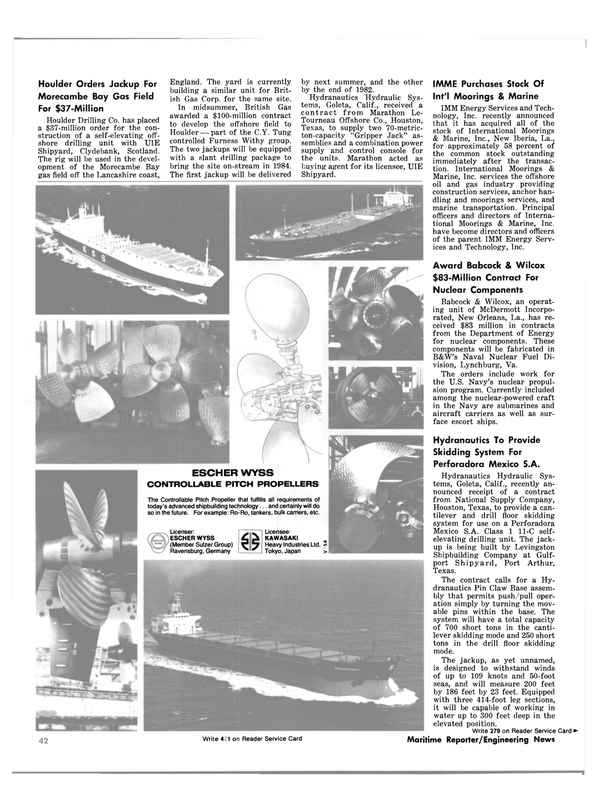