A group of French ship repairers led by the Port of Marseilles Authority has disclosed plans for turning the old Panama Canal Co.'s drydocks at Balboa into a modern repair facility.

A few weeks ago the group, which includes Chantiers Navals de La Ciotat, received approval from the Panama Canal Commission on a tender solicited two years ago.

The Balboa facility, scheduled to begin operations at the start of next year, will be operated by Astilleros Balboa S.A., under a 15-year concession from the Canal Commission expiring in August 1996.

Astilleros Balboa, with a capital of $2.7 million, is held 49 percent by private Panamanian interests, principally Carlos Eleta, and 51 percent by the French group, which has incorporated itself as Balboa Assistance S.A. with the nominal capital of 100,000 francs.

Its shareholders, in addition to CNC, are Gardella S.A., a Marseilles- based careening and painting specialist, Korsia of Marseilles, a specialist in lifting, and Gestion et Methodes, consulting engineers specializing in repair facilities. The Marseilles Port Authority is represented in the French company by Sofremer, the state-controlled French maritime engineering company.

It is located at the Pacific end of the canal, which more than 12,000 ships transit yearly. 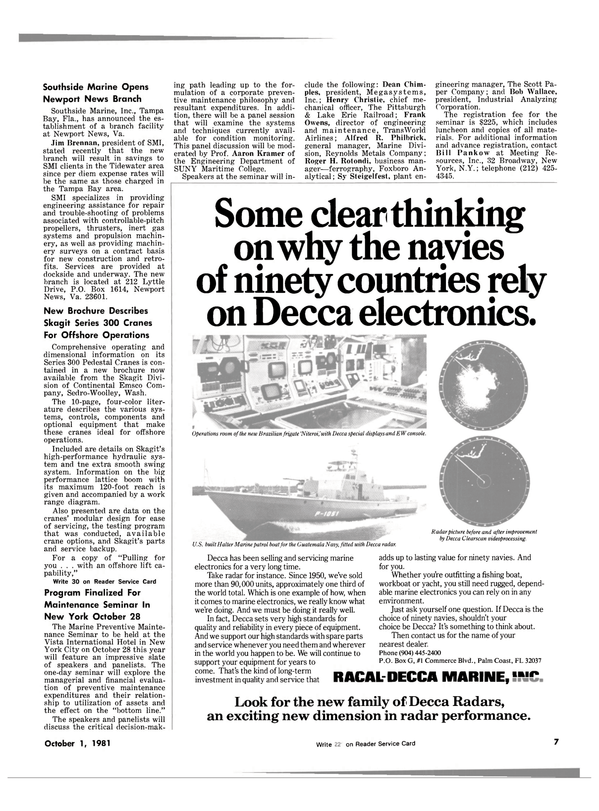