A factory barge as big as a football field recently completed a 2,500-mile voyage from the St.

Lawrence River to a small island in the Canadian Arctic.

It arrived nine days ahead of schedule — at Little Cornwallis Island, 600 miles above the Arctic Circle, to help exploit the most northerly base metal mine in the world.

The $40-million floating factory was drawn by t u g b o a ts through iceberg-infested waters during the short "Arctic shipping window" which sometimes lasts no more than six weeks.

The huge factory barge, called the Arvik 11, left Three Rivers, near Montreal, on July 24. It will be part of the Polaris mine operated by Vancouver-based Cominco Ltd., which is slated to start lead and zinc concentrate production early next year.

While the barge base was built by Davie Shipbuilding, Lauzon, Quebec, Comstock and Dominion Bridge constructed the ore processing plant onboard the vessel.

Bechtel Canada is responsible for the surface facilities f o r the project. 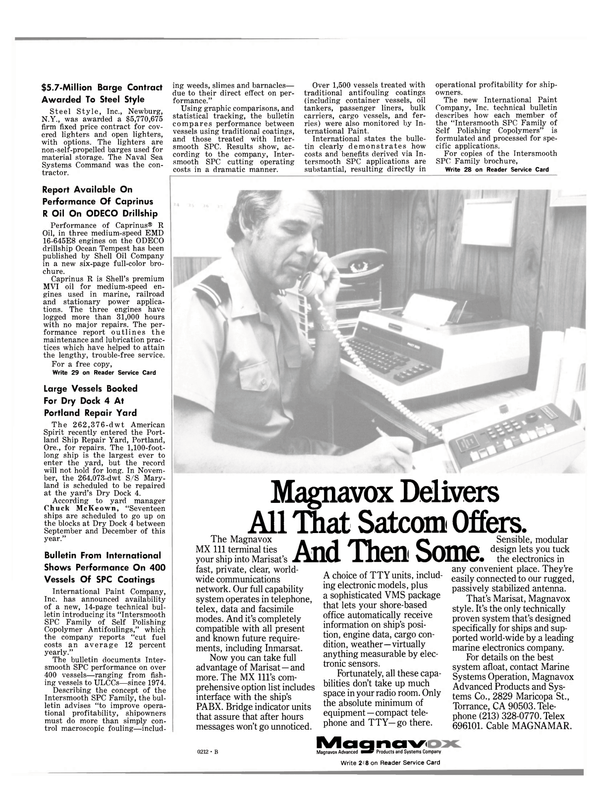