The Navy's Military Sealift Command (MSC) has awarded a contract on behalf of the Army for the construction of four Logistic Support Vessels (LSV). They will be primarily used to transport cargo from ship to shore and from beach to beach and through inland waterways in intra-theater lift operations.

MSC acted as purchasing agent for the Army because of its extensive experience in securing shipping services for the Department of Defense.

MSC's primary mission is to provide sea transportation of equipment and supplies for military operations.

With bow and stern ramps, the ships will be able to load and unload wheeled vehicles in what is known as "roll-on, roll-off" operations and will be able to transport cargo directly to shores not accessible to deep-draft vessels.

The LSVs will have a length of 272 feet 9 inches, a 60-foot beam and a 12-foot operating draft. They will be powered by 3,900-horsepower engines and will be equipped with bow thrusters. They will have a speed of 11.6 knots and will be able to carry a minimum of 2,000 short tons of vehicles, containers and general cargo.

The contract runs to March 1988 and calls for the first ship delivery in September 1987. A total of 147 companies were solicited for proposals.

Three offers were received and Moss Point Marine was determined to be the successful bidder. 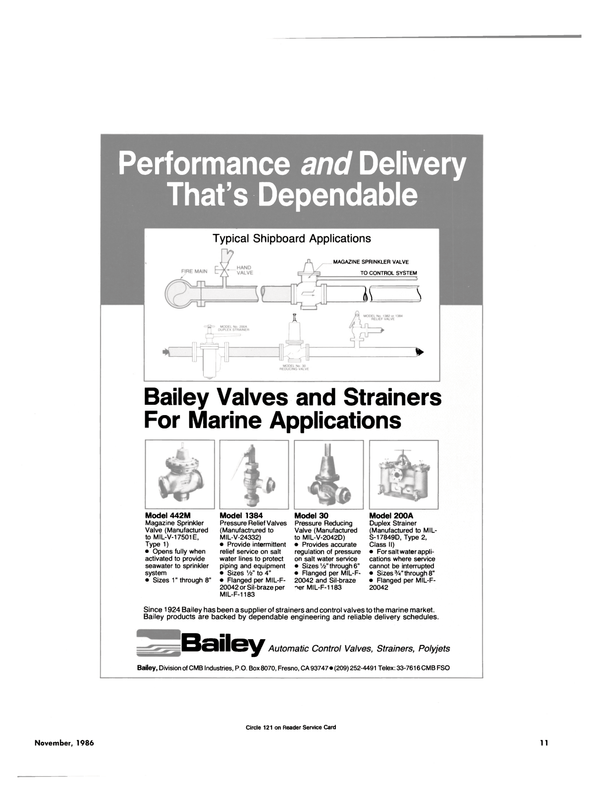