The first meeting of the 86-87 season for the New York Metropolitan Section of The Society of Naval Architects and Marine Engineers heard a paper titled "Conversion of San Clemente Class Tankers to Hospital Ships for the U.S. Navy," by Alan R. Reid and David S.

Huff of the Military Sealift Command, and John C. Cameron of the Naval Sea Systems Command.

For these conversions, NASSCO has revised both engineering and production techniques. As a result, an early delivery for each ship is projected. When delivered the ships, to be named Mercy and Comfort, will be operated by the Military Sealift Command, with the medical facility manned by Navy personnel.

The most dramatic modifications have occurred in the area of the addition of the Medical Treatment Facility. To accomplish this, the existing cargo holds were modified by the addition of new platform decks for crew living, hospital wards, and support spaces. The bridge and its equipment are from the original installation, which was removed from the aft house and relocated to the 04 level forward. This was done to meet visibility requirements, while retention of the original structure and equipment was for cost savings. 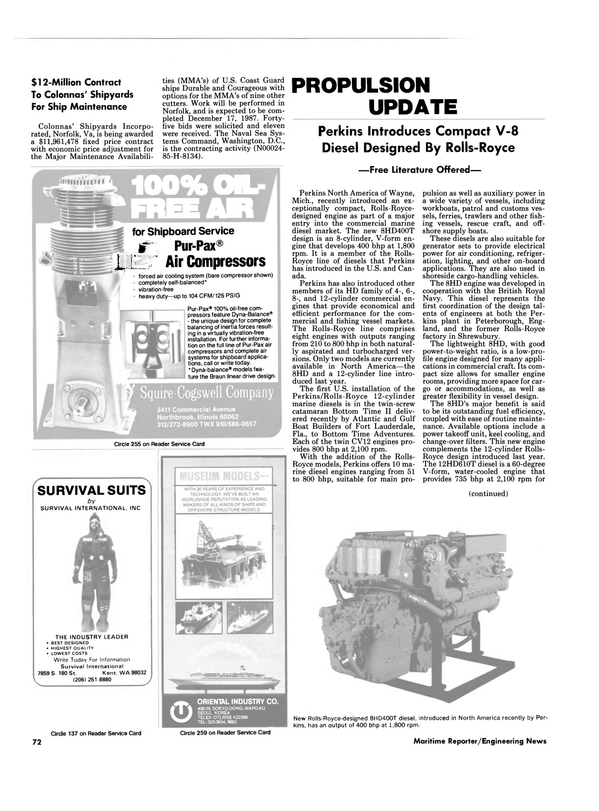