World Orderbook For 20 VLCCs At Highest In Seven Years

According to figures compiled by Howard Houlder (Chartering) Ltd.

of London, the number of very large crude carriers under construction or on order worldwide has reached its highest level for seven years.

Of the 20 VLCCs aggregating 4.9 million dwt on order, seven are under contract to Mitsubishi. The other 13 have been ordered from IHI (3), Hyundai (2), Kawasaki (2), Mitsui (2), National Steel (2), and one each for Hitachi and Sasebo. The two under construction at NASSCO are for Exxon Shipping Company of Houston.

The last VLCC ordering spate saw 20 vessels amounting to 5.8 million tons in mid-1979, but was followed by several years of market recession.

Analysts are now more confident there is a profitable future for large tonnage. Since that time, the global total of ULCCs and VLCCs has decreased 40 percent to some 116 million tons.

One sign of owners' continuing optimism is that hardly any secondhand VLCCs are available either for trading or demolition sales at present. 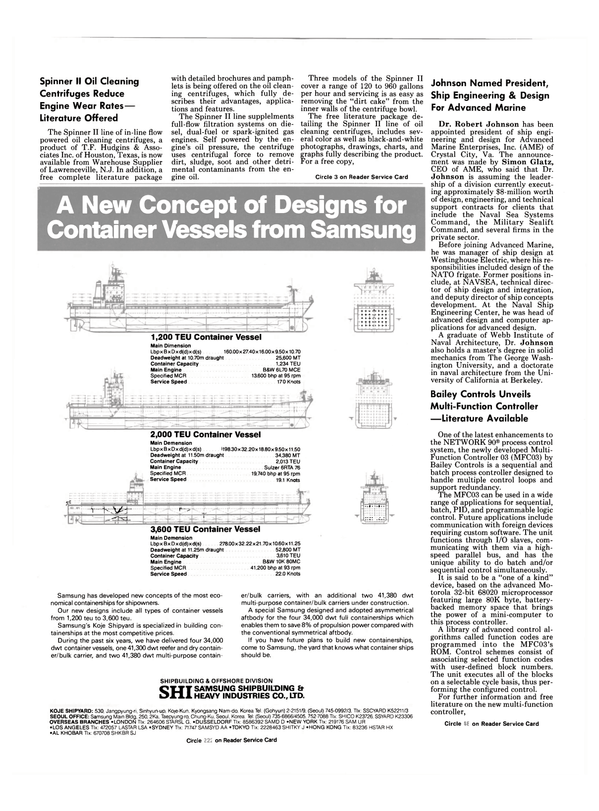 Read World Orderbook For 20 VLCCs At Highest In Seven Years in Pdf, Flash or Html5 edition of November 1986 Maritime Reporter