(CCT) from International Controls Corporation will "greatly strengthen Crowley's capability to serve its customers and markets," a senior officer of Crowley said.

Commenting on the acquisition, Robert G. Homan, senior vice president and general manager of Crowley's Caribbean Division headquartered in Jacksonville, Fla., said that CCT will operate under the name Crowley Caribbean Transport as a business unit of his division, the mainstay and most widely known unit of which is Trailer Marine Transport. CCT management and staff will remain intact, according to Mr. Homan. Hector Calderon, who had been serving as president of CCT, will head the new acquisition as its general manager.

The CCT transaction, price and terms of which were not disclosed, will complement established Crowley RO/RO and container services between the U.S., Puerto Rico, the U.S. Virgin Island, eastern Caribbean islands, and Colombia. Crowley operates four terminals in the U.S. and one in Puerto Rico. 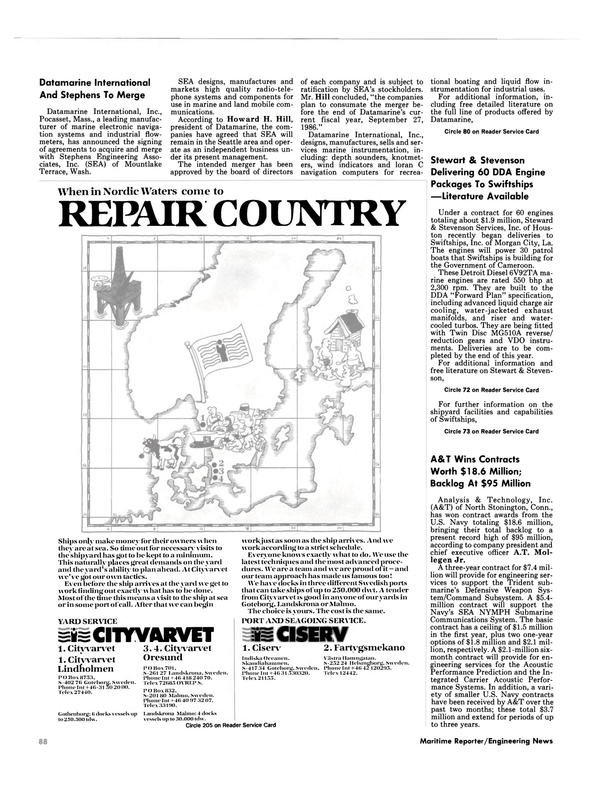