Drydock Used To Load Alaskan Modules Out Of Portland Shipyard

The modules, the heaviest totaling 2,800 tons, will be sealifted to Prudhoe Bay for ARCO's Lisburne Oil Field along with other modules constructed at the Oregon ports of Coos Bay and Astoria.

The Portland modules were constructed at a 24-acre site at the shipyard and moved by 2,000-ton-capacity crawlers over a specially prepared 3,000-foot roadway to a loading dock leading onto the 400-footlong barges as each was positioned on Dry Dock 4.

The method, believed to be the first such loading effort utilizing a drydock, was faster and more cost effective than the dead-lift practice normally used for loading oil modules.

The Port of Portland had allowed four days for loading the seven large modules, and the operation was completed on schedule.

Crowley Maritime Corporation is handling the sealift of Oregon-built modules as well as other modules constructed on the West Coast.

Dry Dock 4, at 982 feet long and 185 feet wide, is the largest floating drydock on the West Coast and third largest in the U.S. It is used for repairing the majority of the Alaskan Oil Fleet.

For more information on the Port of Portland, Circle 21 on Reader Service Card 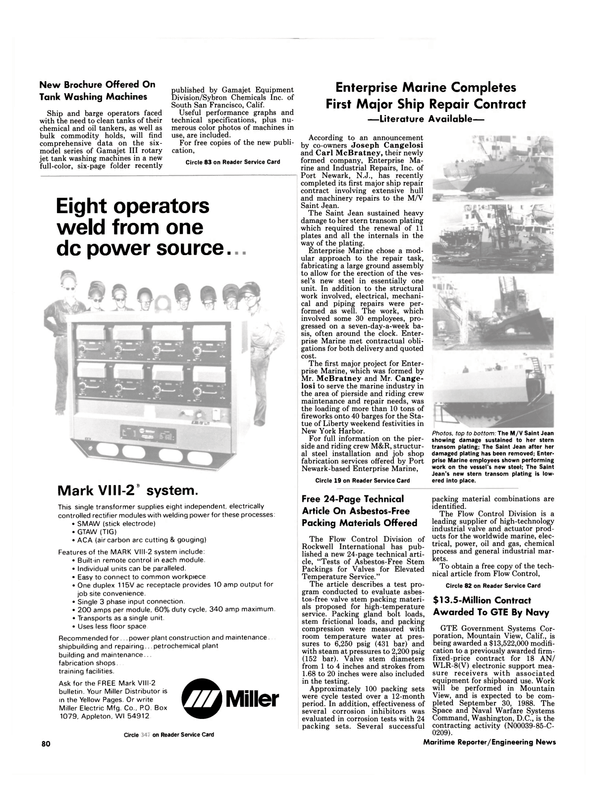