Sperry Corporation, Charlottesville, Va., has announced the appointment of George Toma as its marine systems sales representative for Miami, Fla.

Prior to joining Sperry's marketing staff, Mr. Toma, a U.S. Merchant Marine Academy graduate, served as a mate on the Sperry Star, a marine research vessel.

Roger Brauer, eastern regional manager, expressed his pleasure that Mr. Toma had agreed to join Sperry Corporation's marine systems sales organization. "We recognize the growing need for support of the marine market in the Miami area, and we believe that George will be an asset to Sperry and our customers," Mr. Brauer said.

"This is particularly important during the introduction of our new satcom and radar systems," he said.

Sperry is a major manufacturer of marine navigation and control systems and a leader in radar and collision avoidance systems for all types of vessels. Recently, Sperry announced the addition of a range of satellite communications systems and the powerful Sperry PC, as additions to its suite of available systems. Sperry also offers a full range of gyropilots, gyrocompasses, doppler sonar speed logs, ship stabilizer systems and steering systems.

With the addition of Mr. Toma, sales and service of these products will be fully supported by Sperry in the Miami area. 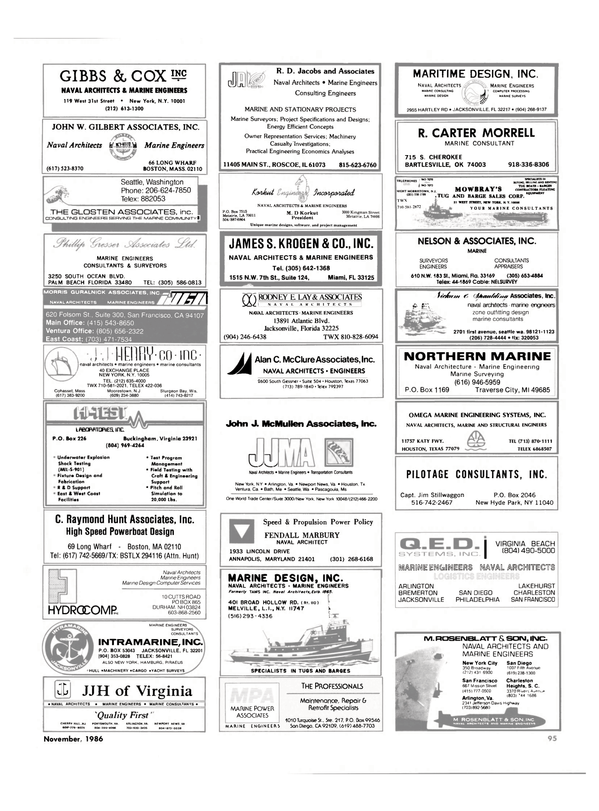