The third of a new class of mine countermeasure ships, the MCM-3 Sentry, was launched and christened recently at Peterson Builders, Inc., Sturgeon Bay, Wise. The Sentry is the second MCM of the Avenger class to be launched at Peterson.

Peterson has five of the wooden MCM mine countermeasure vessels under contract with the U.S. Navy and holds the contract for the lead yard design work for the MCM program as well. The lead ship of the class, MCM-1 Avenger, was launched at PBI June 15, 1985. The sister ships, MCM-5, -6, and -8 are in following construction stages at the yard.

Mrs. Elaine Kelleher Murphy was sponsor of the Sentry, with Mrs.

The ceremonies were also attended by PBI president Ellsworth L.

The MCM ships represent the beginning of the U.S. Navy's new mine warfare vessel program. The MCMs will provide an enhanced surface mine-hunting, minesweeping, and mine neutralization capability by utilizing state-of-the-art combat systems equipment. Mine countermeasure technology is incorporated into a specially designed platform which includes low-magnetic signature diesel engines, a precise electronic navigation system, minehunting and classification sonar, and a mine neutralization system. The MCM mission is to hunt, neutralize and sweep mines in coastal waters and critical overseas areas.

A wide variety of special skills, equipment and materials are utilized in laminating the ship's major structure from Douglas fir, white oak and Alaskan cedar, sheathed with glass-reinforced plastic. This Avenger class MCM represents the largest wooden ships in the Navy fleet. They are 224-feet long with a beam of 38 feet 11 inches and a draft of 11 feet 3 inches. The vessel's displacement is 1,145-ton light ship and 1,250-ton full load. The MCM is powered by four diesel engines rated at 600 hp each. They are equipped with a 350-hp bow thruster and electric power is supplied by three 60-Hz, 376-kw generators. The MCM accommodates a crew of 81. 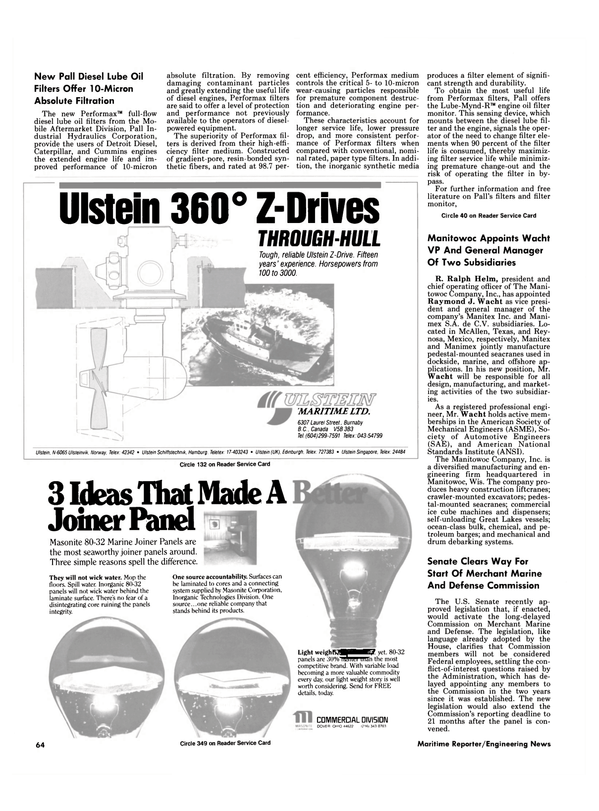