A three-year contract for $7.4 million will provide for engineering services to support the Trident submarine's Defensive Weapon System/ Command Subsystem. A $5.4- million contract will support the Navy's SEA NYMPH Submarine Communications System. The basic contract has a ceiling of $1.5 million in the first year, plus two one-year options of $1.8 million and $2.1 million, respectively. A $2.1-million sixmonth contract will provide for engineering services for the Acoustic Performance Prediction and the Integrated Carrier Acoustic Performance Systems. In addition, a variety of smaller U.S. Navy contracts have been received by A&T over the past two months; these total $3.7 million and extend for periods of up to three years. 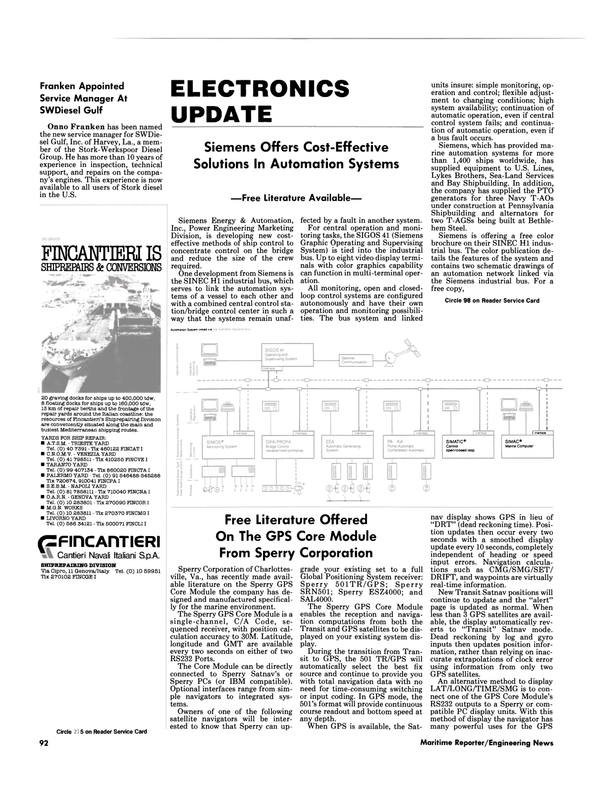