WABCO Fluid Power division has been awarded a contract to provide electropneumatic propulsion control systems for the Navy's new T-AO-187 Class Fleet Oilers. These vessels will have the Colt Industries' newly developed diesel engines, the largest engine manufactured in the U.S. Two of these heavy duty 10- cylinder marine diesel engines will provide 32,000 hp to drive the Navy's new fleet oiler vessels which will fuel and supply the fleet at sea.

Initial construction of these ships is underway at Avondale Shipyard (New Orleans, La.) and Pennsylvania Shipbuilding Company (Chester, Pa.). A total of nine ships out of a planned fleet of 20 are under construction at these two shipyards.

WABCO, a division of American Standard Inc., will provide three shipsets of electro/pneumatic engine propulsion controls to Penn Ship and two sets to Avondale for five of these ships.

This equipment will be manufactured in Lexington, Ky., under contract from Colt Industries and delivered directly to the respective shipyards.

For free literature on the marine control systems offered by WABCO, Circle 38 on Reader Service Card 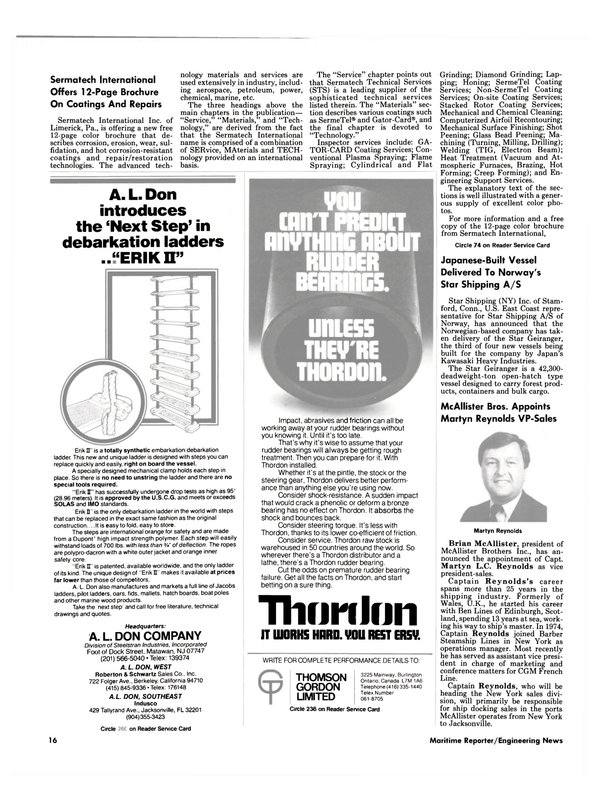