Rauma-Repola's Rauma shipyard in Finland recently laid the keel of a 7,600-dwt hydrometeorological research vessel scheduled for delivery to V/0 Sudoimport of Moscow in the fall of 1987. This vessel will serve as an icebreaker, research, supply, and passenger ship in the Antarctic region.

During the past few years several countries have shown increasing interest in the Antarctic, and there should be more activity there in the near future. The Soviet Union, for example, operates seven research bases on the Antarctic Continent, and they are the first to order an expedition ship in support of their scientists there.

The new vessel will have an overall length of 459.3 feet, beam of 75.5 feet, and draft of 27.9 feet. She is designed with an icebreaker hull for operation in — 40C temperatures.

She will accommodate 250 passengers, 90 of them scientists, ship's crew, and helicopter crew; the remaining 160 will be personnel traveling to and from the bases.

The vessel is also a multipurpose freighter carrying containers, vehicles, aircraft, and various liquids and explosives. In addition to being a supply vessel, she will be a floating research center with 10 laboratories for hydrological, hydrochemical, hydrobiological, aerological, meteorological, and ice research.

For information and free literature on Rauma-Repola's facilities and capabilities, Circle 49 on Reader Service Card 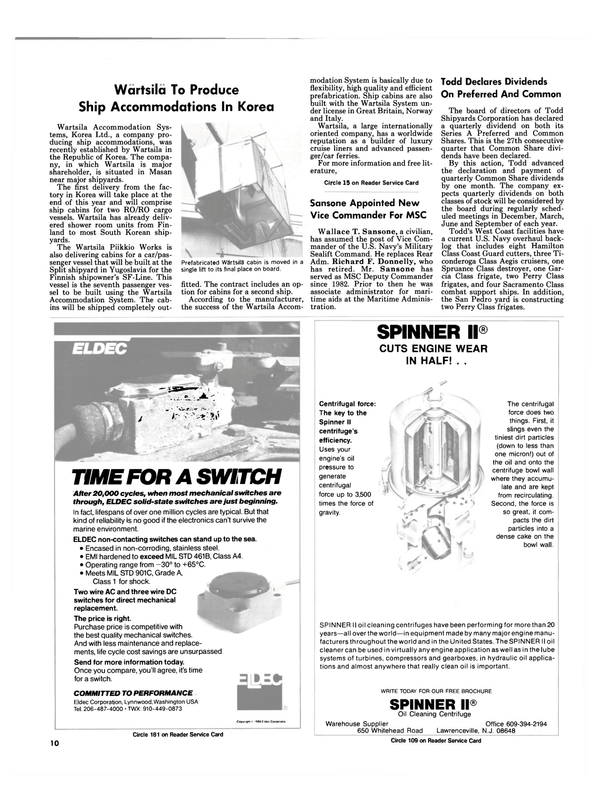