—Literature A v a i l a b l e— According to an announcement by co-owners Joseph Cangelosi and Carl McBratney, their newly formed company, Enterprise Marine and Industrial Repairs, Inc. of Port Newark, N.J., has recently completed its first major ship repair contract involving extensive hull and machinery repairs to the M/V Saint Jean.

The Saint Jean sustained heavy damage to her stern transom plating which required the renewal of 11 plates and all the internals in the way of the plating.

Enterprise Marine chose a modular approach to the repair task, fabricating a large ground assembly to allow for the erection of the vessel's new steel in essentially one unit. In addition to the structural work involved, electrical, mechanical and piping repairs were performed as well. The work, which involved some 30 employees, progressed on a seven-day-a-week basis, often around the clock. Enterprise Marine met contractual obligations for both delivery and quoted cost.

The first major project for Enterprise Marine, which was formed by Mr. McBratney and Mr. Cangelosi to serve the marine industry in the area of pierside and riding crew maintenance and repair needs, was the loading of more than 10 tons of fireworks onto 40 barges for the Statue of Liberty weekend festivities in New York Harbor. 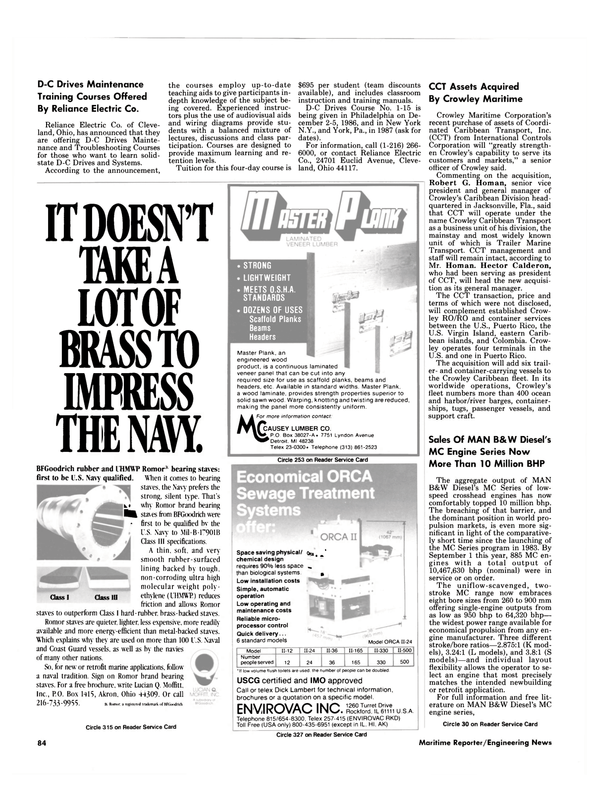