The South Korean yard Hyundai was awarded the contract to lengthen four Atlantic Container Line (ACL) roll-on/roll-off containerships employed on the North Atlantic, it was recently confirmed by ACL.

The U.K. shipyard Scott Lithgow is expected to have the contract to stretch a fifth ship, the Atlantic Conveyor, placed with them. Scott Lithgow is part of the Trafalgar House group that owns Cunard, ACL's British partner.

The vessels are to be lengthened by about 137 feet to a total length of about 958 feet, resulting in an increase in capacity from 1,432 twenty- foot equivalent units to 1,768 TEUs. The number of roll-on/rolloff units carried will be raised from 400 to 562, while car-carrying will group by 150 units a ship.

ACL, a consortium of six major European shipping companies, said the increased capacity of these five ships would provide it with a number of options regarding future employment of the whole fleet. The cost of lengthening is believed to be around $5 million per vessel. 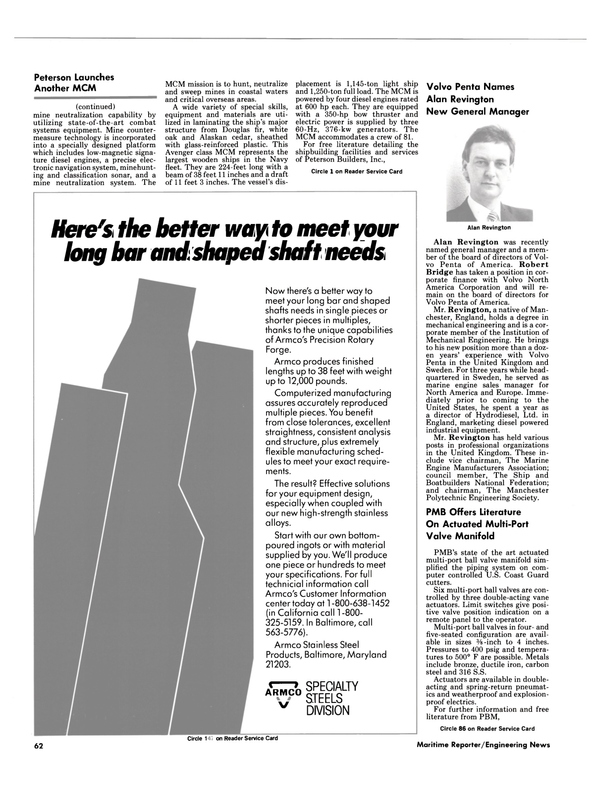