This new tug is the seventh in the series of the ASD 23/35 high-perfor- mance, low-manning tug design developed by Robert Allan Ltd. (see illustration page 57), and incorporates several new features reflected in the ongoing development of this class of modern high-performance ship assist tug. The most significant change to the design is the increase in power installed in this tug design since its initial development more than 20 years ago. As a consequence of the higher power, the beam of the tug has been increased to provide greater stability, and the fendering system has changed significantly to reflect both the higher power, and changes in fender and hawser technologies. During the two decades of development and refinement to this particular Robert Allan Ltd. design, six tugs were built and are presently operating in Canada and the U.S. The tug is powered by two Detroit Diesel Model 12V4000 diesel engines, each rated at 1,800 bhp driving Ulstein Model 1350H Z-drives. Markey Machinery Co. is supplying the hydraulic towing winch, which has a "render recover" feature. 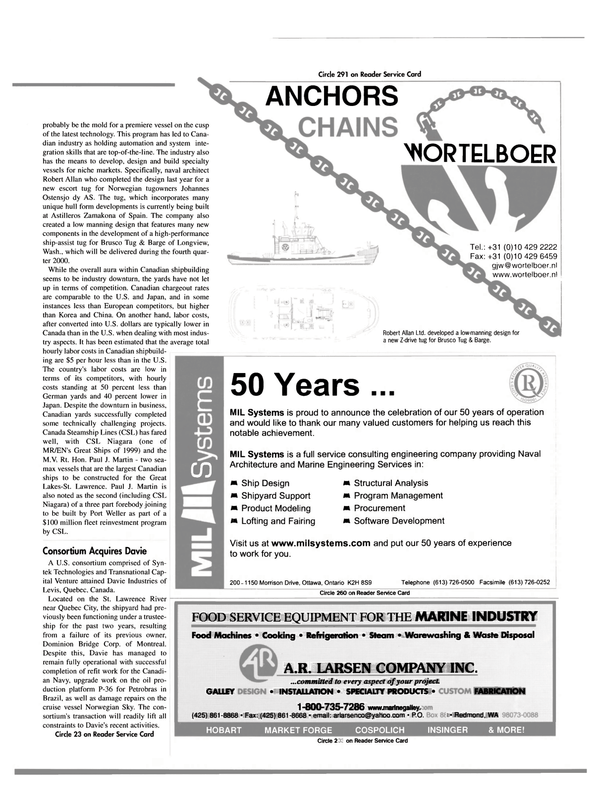