Fleet Technology Limited concluded an option study for the Canadian Navy's proposed Logistics Support Vessel. The study, which was performed under contract to the Navy, examined various vessel types and mixes to satisfy the current Naval requirements, seeking a variety of capability and cost solutions.

As prime contractor. Fleet Technology was supported in the project by BMT Defence Services Limited and Fleetway Inc. Fleet recently completed its premiere year of operations as an affiliate of the BMT group of companies. BMT holds a 30 percent stake in the otherwise Canadian privately-held company. During its first year of operations, FTL has included BMT Defence in the work on concept designs for the new Canadian Navy ALSC, while recently, the staff from FTL has contributed to BMT Ship Design in England for work on cable ship conversions. Fleet is responsible for the development of the design and class approval process for a unique floating coal transfer station based on a semisubmersible hull. Named the SST or Sea Spider, the vessel has been developed by Massachusetts-based Semi-Submersible Transshipper (SSTI). Following Class approvals, Fleet was called upon by the owner to assist with engineering support for the delivery voyage from Shanghai to Berau transshipment site off Borneo.

The company initially considered a wet tow. but abandoned this notion when it was determined that a dry tow, using a barge involved the least risk. The SST has since been successfully commissioned and is expected to be a prototype for future, similar vessels. 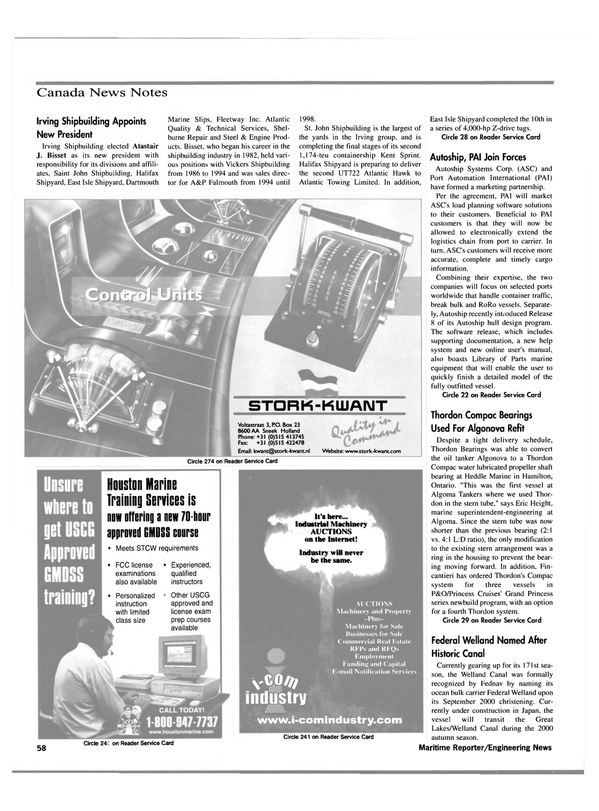