Bisset, who began his career in the shipbuilding industry in 1982, held various positions with Vickers Shipbuilding from 1986 to 1994 and was sales director for A&P Falmouth from 1994 until 1998.

St. John Shipbuilding is the largest of the yards in the Irving group, and is completing the final stages of its second 1,174-teu containership Kent Sprint.

Halifax Shipyard is preparing to deliver the second UT722 Atlantic Hawk to Atlantic Towing Limited. In addition, East Isle Shipyard completed the 10th in a series of 4,000-hp Z-drive tugs. 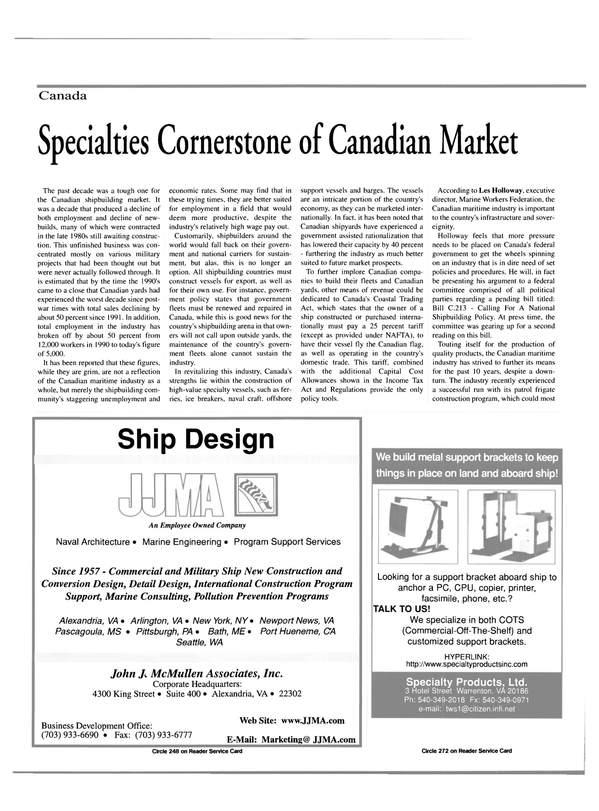