Kawasaki Heavy Industries (KHI) expanded its RoRo tonnage references with the January delivery of the 2,300 lane-meter trailer carrier Celandine to Belgian operator Cobelfret, which was scheduled to be joined by sistership Victorine this past March.

KHI's trailer carrier deliveries feature cargo handling/access outfits from Mac- Gregor/Kayaba, which has long been a constant force within the RoRo equipment sector in Japan. With rolling freight capacity provided on the tanktop, main and upper decks, as well as the van deck and weather deck, stern access to main and upper decks is present via a ramp/door supplied by MacGregor- Kayaba measures 75 ft. (22.9 m) with a 10 ft. (3 m) flap, and has an effective driveway width of 49 ft./58 ft. (15m/20.8 m). In the closed position, the ramp serves as a weathertight door for the starboard side opening into the main deck. 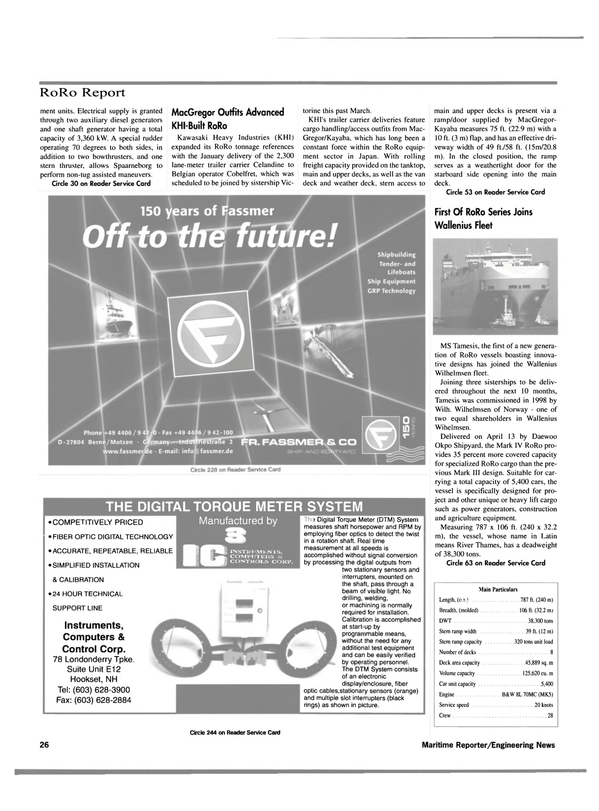