With a beam of 20 ft. (6 m), the vessel's deck equipment is comprised of an aft deck A-frame to deploy and retrieve customer supplied Hurricane inflatable.

A rotating articulated crab block davit allows for the hoisting and retrieval of fishing traps and pots of a diameter up to 60 in.

After a seven-year search process, the company settled into its current site, which was previously owned by Flohr Metal Fabricators. The 35,000 sq. ft.

yard and offices has been instrumental in the company's expanding all-aluminum vessel line. 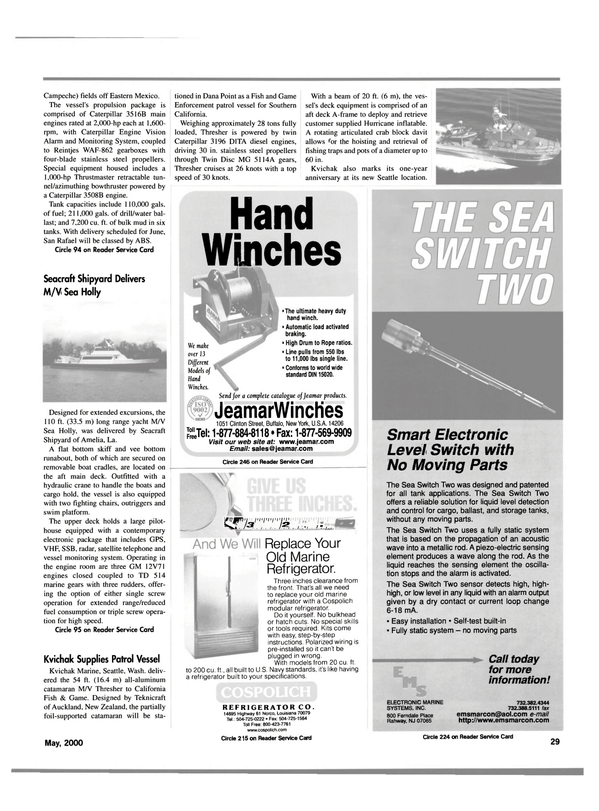