The building (77H) was renamed to honor Cunningham's pioneering work and engineering innovations in machinery controls and other accomplishments in naval machinery engineering.

During the ceremony. Rear Admiral William Cobb, Jr., the Program Executive Officer for Theater Surface Combatants at the Naval Sea Systems Command, presented a special AEGIS Program Lifetime achievement Award to Mrs. Debra Cunningham on behalf of Richard. The award was presented in memoriam "in recognition of his unprecedented contributions to the AEGIS Shipbuilding Program." According to the citation, "... his exceptional Machinery Control System engineering expertise, exemplary record of achievement, personal sacrifice, and loyal devotion to duty ... played an unparalleled role in the design and delivery of the Arleigh Burke (DDG 51) Class guided missile destroyer." The building, located at the Philadelphia Naval Business Center in South Philadelphia, is a major test and evaluation building in which Cunningham worked; and is the only one of the 40 buildings owned by NAVSSES to have been dedicated to an employee/individual. Cunningham passed away suddenly in January 2001 from complications following surgery. He is survived by his wife Debra, two children — Carolyn and Patrick, his parents, three sisters and three brothers.

Cunningham began his career at the Naval Ship Systems Engineering Station in 1975 as a co-op student while attending Drexel University. He was hired as an electronics engineer following his June 1978 graduation from Drexel. By November of 1997. he had been promoted to a top-level position and became the leading Machinery Control Systems In-Service Engineer for NAVSSES. Cunningham was widely recognized as one of the foremost authorities on machinery control systems for the Navy. He received many special act and performance awards for his accomplishments, recently winning the Rear Admiral Benjamin F. Isherwood Award for Exceptional Fleet Support. In February 2001, the Naval Sea Systems Command's AEGIS Excellence Award was presented posthumously for his support of new construction Arleigh Burke-Class ships. 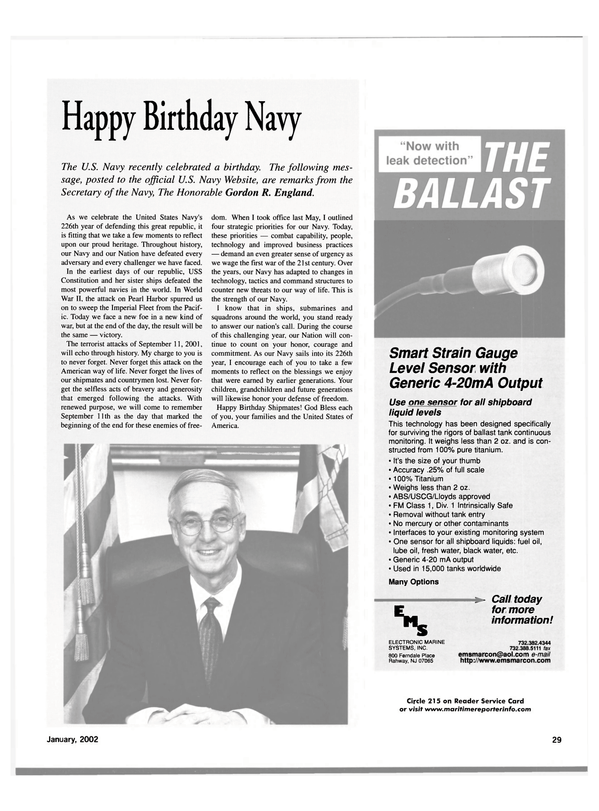