GE Marine Engines said its LM2500 aeroderivative gas turbine will power five new Royal Norwegian Navy F310-class frigates, ships to be built in Spain at the IZAR Construcciones Navales, S.A., naval shipyard in Ferrol. This is the first naval Combined Diesel And Gas Turbine (CODAG) configuration to be installed by IZAR, and the Royal Norwegian Navy is only the second international navy to adopt this arrangement.

The German Navy uses an LM2500-based CODAG configuration on its new F124-class frigates."This is a significant project for GE for several reasons," said Karl Matson, general manager of GE Marine Engines. "This is GE's first project with the Royal Norwegian Navy, bringing the total to 28 international navies to use GE's LM gas turbines aboard naval vessels." "What the Royal Norwegian Navy will gain by using the LM2500 is an experienced engine with a historical fleet availability and reliability of 98.66 percent and 99.4 percent, respectively," Matson added.

The CODAG configuration on each F310-class frigate will consist of one GE LM2500 gas turbine, rated at 21.5 MW/28,832 shp, combined with the two diesel engines for a total propulsion system rating of 30.5 MW The GE gas turbines for the F310-class frigates will be manufactured at GE's Evendale. Ohio facility. The contract provides that GE will deliver the first LM2500 to IZAR starting in December 2002 and another gas turbine will be shipped annually in December through 2006. The F310 frigates are scheduled for commissioning beginning in September 2005, with the remaining vessels to be launched annually in September through 2009. 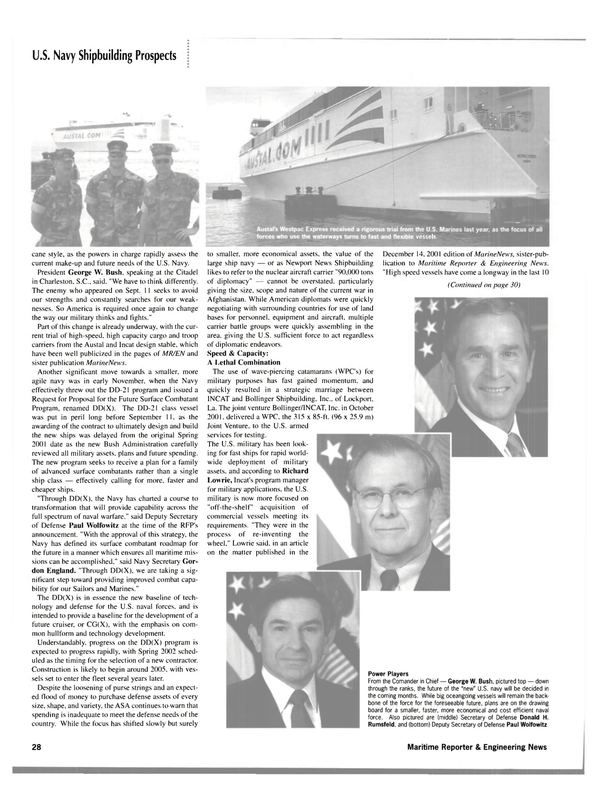