Pictured next to this MAN B&W Diesel Ltd, Paxman, I8VP185 engine for a High Speed ferry Fraser Toyne. Fraser, who is the son of Roy Toyne, the Head of Engineering of Regulateurs Europa. has been a devotee of all things Marine since a very early age.

Starting at an early age, Fraser has developed into an authority on what is happening in the world of ships and engines. Using his own initiative, he has visited many engine rooms, engine manufacturers and other installations. He is not averse to enlisting the help of anyone from the Chairman of a major shipping company to a Marine Superintendent, to ensure that he gets to see a new ship.

After reading all this you may be surprised to learn that following a childhood medical incident, Fraser unfortunately suffered brain damage and was not expected to learn how to read and write. However, his passionate interest in marine engines spurred him on and he has learned to read and write using engineering magazines such as the Maritime Reporter & Engineering News.

Regulateurs Europa is a long established supplier of governors and control systems for marine applications and is a business unit of MAN B&W Diesel Ltd., and offers control and monitoring solutions to a wide range of engine builders and end users. Their Viking digital electronic controls have been used extensively to control the propulsion and auxiliary engines, such as the 18VP185, of conventional and high-speed ships.

Of course all of this means that Roy is unlikely to be able to turn off from thinking about work because he has this fantastic and interesting son who is passionate about ships and diesel engines. 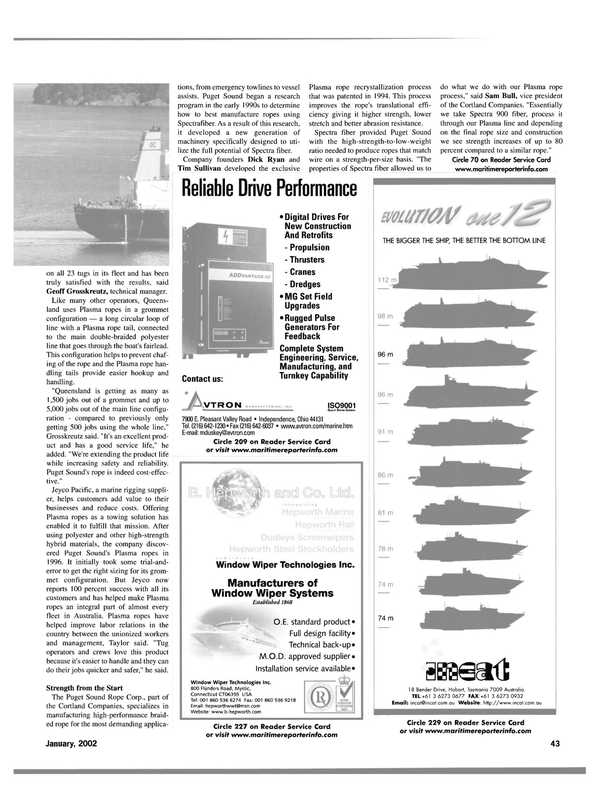