Carnival Pride, the third cruise ship in a series of new Panama-Max size cruise ships under construction for Carnival Corp was delivered to the cruise line last month at the Kvaerner Masa-Yards' Helsinki shipyard.

The vessel will be operated by Carnival Cruise Lines and Costa Crociere.

The first ship in the series, Costa Atlantica was delivered in June 2000 and the second ship, MS Carnival Spirit, in April this year.

Production, which took less than two years, began in winter 2000, and the assembly of the hull began in the covered newbuilding dock the following summer. Carnival Pride was launched in late March this year, after which the cruise ship was transferred to the outfitting quay in front of the yard's outfitting terminal; successful sea trials followed this past October. Carnival Pride has a diesel-electric machinery, consisting of six Wartsila 9L46D diesel engines, with a total power of 62,370 kW. The propulsion consists of two electric Azipod propulsion units, with a power of 17.6 MW each, with a service speed of 22 knots.

The Panamanian-flagged Carnival Pride is classified under Italy's RINA specifications — fulfilling the society's new green star environmental standard. Consisting of two voluntary RINA class notations. Clean Sea and Clean Air. these notations set strict requirements on the ship's design and operation in order to protect the environment. From a safety standpoint, the vessel complies with standards that are more advanced than those applicable to the date of the actual keel laying.

The vessel has been built and classified in compliance with not only the existing SOLAS requirements, but also the amendments already approved by the IMO Maritime Safety Committee and known at the moment the contract is signed. 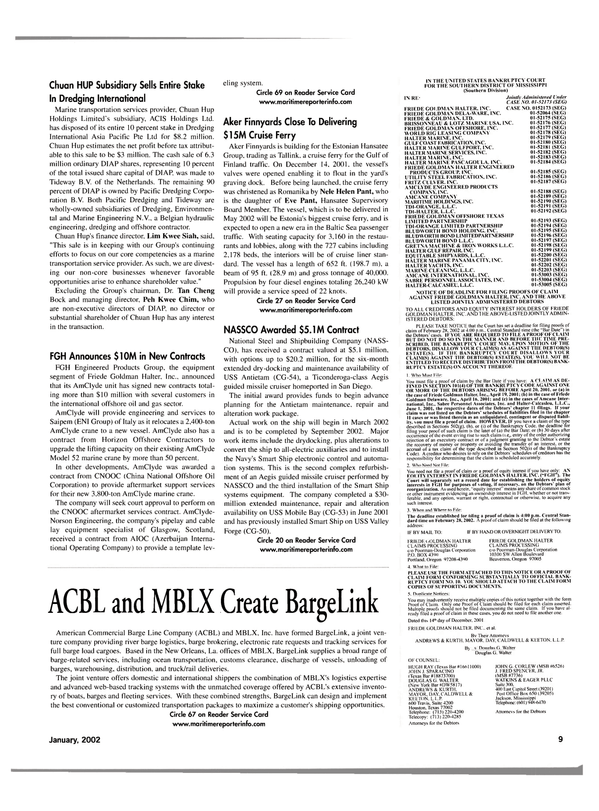