Seastreak America Inc. has added another catamaran ferry to its service within the New York City commuter market with the December 10, 2001 launch of M/V Seastreak New Jersey.

Reported to be the fastest commuter ferry in the New York Harbor, Seastreak New Jersey travels at a service speed of 38 knots and a maximum speed of 42 knots, and is expected to complete the passage from New Jersey and Manhattan in 35 minutes.

It is propelled by four Cummins KTA50M2 engines rated at 7,500 bhp and four Kamewa A50 model waterjets.

According to Gladding-Hearn, it possesses a balance of seakeeping, efficiency, low wash and mechanical redundancy.

Launch ceremonies for the SeaStreak New Jersey were held at the Atlantic Highlands Municipal Marina, Pier 6 in Atlantic Highlands, N.J. with the boat's godmother, Miss New Jersey Julie Barber, christening the vessel. Local and state dignitaries, representatives of the U.S. Coast Guard and Rev. Peter L a r om of the Seamen's Church Institute in Manhattan also participated in the vessel's official unveiling. 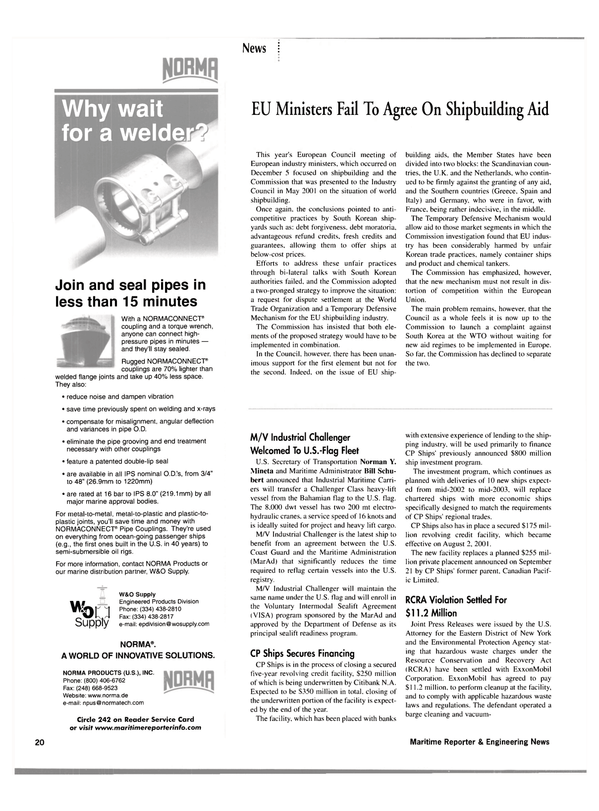