In the fall of 1990, the Berlin Wall came clown, thus unifying Germany into one nation — and marking the end of the Cold War. One year following the fall of the Iron Curtain, U.S. President George Bush and Soviet president Mikhail Gorbachev signed the START treaty, which stated that both nations would agree to dismantle all nuclear weapons. How do these events halfway around the world effect U.S. builders of boats and barges? Significantly, as it turns out. It appears that the fall in nuclear submarine production has given rise to one of the country's fast growing barge building companies.

shipbuilding facilities have been absorbed via a massive corporate consolidation, the mothballing of facilities and loss of jobs was unavoidable.

Many yards, namely General Dynamics-Electric Boat and Northrop Grumman's Newport News Shipbuilding facility — two major builders of nuclear submarines (and major competitors as well) were forced to lay off long-time employees. General Dynamics-Electric Boat, had only recently spent for the installation of new lighting, and panel line assembly equipment, upgrading its production capacity, but with nothing to construct. With the closure of the first building in 1992, Electric Boat wrapped up operations on the second building in 1998 — exactly one year before the birth of SENESCO.

1994 — A Turning Point Before thoughts of SENESCO even popped into the heads of anyone in the Southeastern New England area, a meeting was held at the end of 1993. to decide what would be done with the 25 acres of land that Electric Boat had abandoned — and to effectively determine the future for thousands of displaced workers in not only Rhode Island, but for the entire Southeastern New England area as well. What once was a bevy of production activity on Narragansett Bay had become two empty buildings situated on 25 acres of land on the former Quonset Point Naval Air Base. The buildings, which were used as seaplane hangars during WWII were simply taking up space and rusting away. Therefore a subcommittee called "Navigating Beyond 1994" was established. According to Dick Carpenter, SENESCO's senior vice president, the purpose of the meeting was to involve as many residents from the Southeastern New England area on this decision.

Carpenter, who is an attorney specializing in Admiralty Law, heard about this subcommittee through a client who was involved. By this point, the committee had decided that a solution would be to establish another shipyard at Quonset Point, but alas they needed legal assistance. Enter Carpenter, who at the urging of his client, and through his own interest, offered his services as' general counsel and eventually evolved into the position of the yard's president in 1996 — a position that would later be assumed by Bob Homan once the yard was fully established in 1999.

As president of SENESCO. Carpenter spent the next couple of years not only trying to raise capital for the yard, but to also find a name that would signify something that would identify it as "the people's shipyard." hence the name Southeastern New England Shipyard, which is representative of those who worked together to enhance the family atmosphere that the yard prides itself on. According to Carpenter, the majority of the yard's employees (some of whom were with Electric Boat) hail from the Southeastern New England area — specifically south of Boston — in Rhode Island. Connecticut and Maine. "The idea was to include the area's affinity within the yard, so we stuck with it (the name)," Carpenter said.

The next step was to secure capital for SENESCO, which appeared through financial offerings from a Providence businessman, Malcolm Chase, and through a $4.75 million, 15-year loan guarantee from the U.S. Department of Agriculture (USDA) through its Rural Business Enterprise Grant Program.

With funding in place, all that was left to square away was the site in which the new shipyard would lie, which came in the form of a lease from the Rhode Island Economic Development Corporation. It was decided that SENESCO would establish its roots on the former Naval Air Base at Quonset Point, taking over the two buildings that Electric Boat had abandoned years before. While not much had to be accomplished in the form of adding basic components to the buildings, SENESCO wanted to optimize advanced in automation with the implementation of a large Ogden Panneline, which provides automated assembly and welding of flat panels — cutting manpower by approximately 40 percent. The company also boasts a 600-ton bending brake and totally automatic electric arc welding systems. According to Carpenter, this equipment is undoubtedly the company's stronghold in the industry.

"It (the new equipment) enables us to build custom products on a wide scale, eliminate human error and provides a lot of platform when erecting modules," Carpenter said. "We build things accurately and fast with very little corrective work." Building the Business This past summer, after two years of literally establishing itself from the ground up, SENESCO won a contract for a 320-ft. (97.5-m), double hull. 80,000 bar- rel barge from Barges Unlimited of Fall River, Mass. The contract marks the construction of the largest double hull barge ever to be built in the Northeast, and is expected to be ready this coming summer. At the time of MR/EN's visit to the shipyard, workers were in the midst of production for the barge — taking full advantage of SENESCO's investment in state-of-the-art equipment.

The yard signed two separate contracts this past October for the construction of three barges and pier floats worth approximately $3 million. The first barge, which will be built for N.J.-based Hughes Marine, will measure 160-ft. (48.7-m) and at press time, was almost ready for delivery. The two additional barges, both of which will be built for Cashman Equipment of Boston, Mass., will measure 180-ft. (54.8-m) each with heavy deck loading capabilities. The vessels, which are scheduled for delivery in February and March, will be used as a construction barge holding 4,000 lbs./sq. ft. The contract for the construction of the pier floats for the MacMillan Pier Reconstruction in Provincetown, Mass. was signed with Mashpee, Mass. based AGM, and is expected to be ready by Spring 2002.

The company is also expanding its presence with the U.S. with the establishment of a sales office in New Orleans, La. in order to promote its presence along the Gulf and West Coasts, as well as inland waterways and international clients. The company appointed Chris Cole, a 25-year veteran of the marine sales industry specializing in offshore.

Inland River and foreign waterways to serve as vice president of sales.

Management changes occurred in the Rhode Island office as well with the retirement of the company's founding president, Bob Homan, this past November. Homan, who was well regarded in the industry and had been with Crowley Maritime prior to his tenure at SENESCO, was replaced by Bob Jarvis, who had previously held the position of general and production manager at the yard. A native of Scotland, Jarvis, who recently became a U.S. Citizen, worked at various well-known shipyards as Irving Shipbuilding, McDermott and Derecktor. Standing firmly on its goal of trying to increase production and reduce hours, SENESCO hopes to expand its production endeavors beyond barge construction.

While the yard is steadily moving to the forefront as New England's premier builder in this field, the company, according to Carpenter, would like to build a wider range of vessels - beyond the realm of double hull fuel barges, which because of OPA 90, will keep the yard busy through 2015. "Obviously we would like to build a wider range of vessels - a solid base of double-hulled barges go out of here," Carpenter said. "As we expand we'll look into more sophisticated production, namely OSV's, tugs and RoRo ferries." He also feels that the yard will not be directly affected by the current economic state - in fact he believes that the yard will do better despite the tough times that have been predicted. "Indeed we'll do better because there has to be some measure taken to cure congestion on 1-95," Carpenter said. "Water is the only way to go in the future." 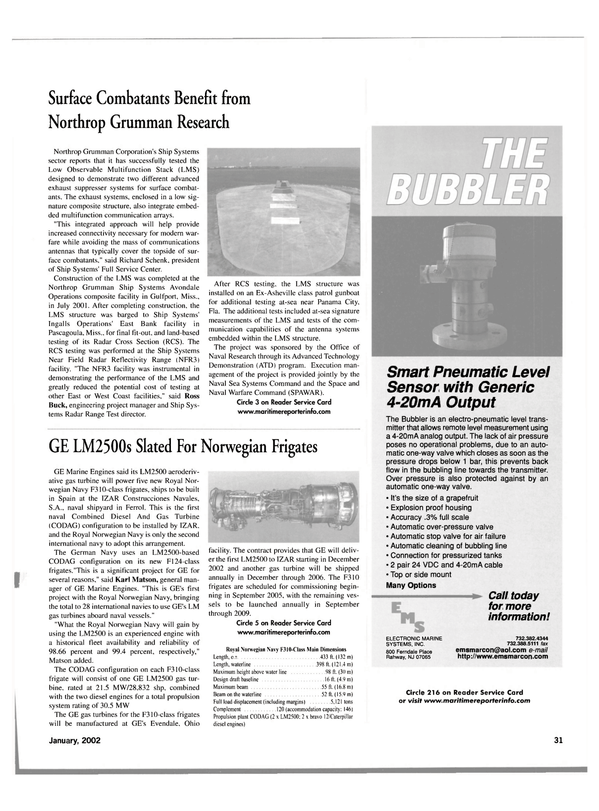