Incat has confirmed a contract with the U.S. Military. Military Sealift Command, Washington, D.C., is the contracting arm that will lease the craft from Bollinger/Incat USA, LLC, Lockport, La., to support U.S. Navy Mine Warfare Command. The craft will be developed from a part built commercial vessel (Incat Hull 061) currently under construction at the Hobart, Tasmania shipyard with delivery of the vessel to Ingleside, Texas in June, 2003.

Incat's U.S. Military Project Manager Nick Wells said: "Once commissioned, the vessel is expected to serve as an interim replacement for the U.S. Navy Mine Countermeasure support ship Inchon. The craft will also serve as a platform to conduct a .series of limited objective experiments, exercises, demonstrations and training events determined by the Navy Warfare Development Command and the Marine Corps Combat Development Command." The ship will be capable of maintaining an average speed of 35 knots or greater, loaded with 500 short tons, consisting of 350 personnel and military equipment. A minimum operating range of 1,100 n.m. at 35 knots, is required by the contract, as is a minimum transit range of 4,000 n.m. at an average speed of 20 knots. 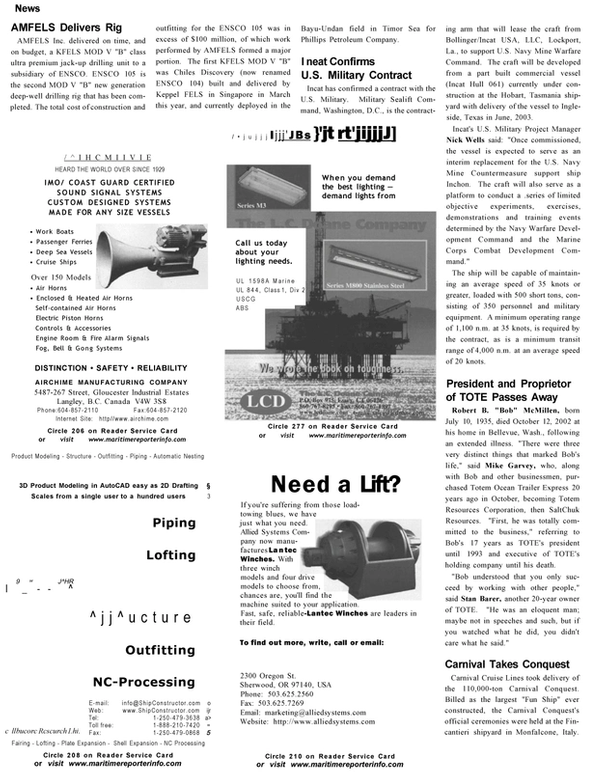