Kongsberg Maritime Ship Systems (KMSS) has announced a buoyant period for its training and simulation division.

They have recently received contracts from the Canadian Coast Guard College, the Navy Academy in Taiwan and the AMA Computer College in the Philippines. KMSS has also opened a new training center on its site in Horten, Norway.

The revolutionary new distance learning system known as maritime.e-campus.com has just been adopted by the Canadian Coast Guard College, which works as an education portal, giving students the opportunity to train from home and even on board ship.

KMSS has also recently been contracted to supply simulator systems to the Navy Academy in Kaohsiung, Taiwan. The system comprises of an instructor station and four student workstations. Known as the Codog MTU/LM2500 Frigate - C042, this system is the most advanced Navy model ever developed, and replaces an already existing system installed by KMSS in 1996.

With installation and training of personnel occurring this past September, October sees KMSS installing Polaris Panorama Desktop Simulators, complete with visuals at the AMA Computer College, Quezon City, the Philippines, during October.

In Norway, KMSS has also established a product training center at its main site in Horten. This center offers courses on most KMSS products including the Maritime Black Box, Navigation, Machinery Control, Propulsion Control and Bridge and Engine/Cargo simulators. 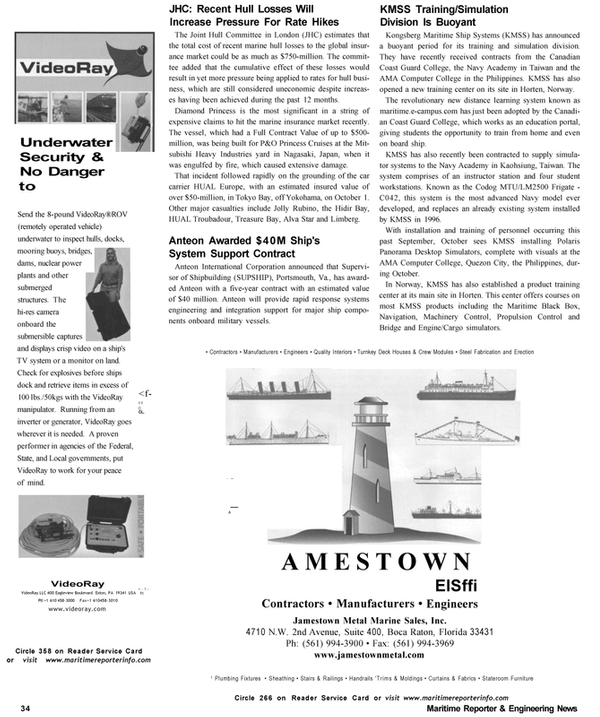