John W. Lambert, president and chairman of the board of Twin City Barge, said the acquisition will be accomplished through a combination of common stock, cash and subordinated notes. He added that 41,667 shares of Twin City Barge common stock will be issued as part of the purchase arrangement.

United Coal Sales, privately held, with offices in the Foshay Tower in Minneapolis, is engaged in the development and marketing of coal to industrial firms and electrical utilities. It also operates a coal loading dock on the Green River at Rochester, Ky., which serves both United Coal and other coal companies.

President and chief executive officer of United Coal is Thomas W. Talbert, who has devoted more than 50 years to nearly every phase of coal mining, transportation and marketing. Mr. Talbert will continue to direct United Coal's operations as a wholly owned subsidiary of Twin City Barge.

"Considering the world's looming fuel crisis, we at Twin City Barge are certain that coal will play a constantly increasing role in fulfilling our nation's energy needs," Mr. Lambert commented.

"We therefore expect the acquisition of United Coal to complement our barging and terminal operations and to increase earnings." In another development, Mr.

Lambert announced that Twin City Shipyard, Inc., a wholly owned subsidiary of Twin City Barge, has received an order for the construction of 112 open hopper barges. He said the $22-million order is subject to required approvals.

Twin City Barge is a diversified company manufacturing barges, towboats and other types of marine equipment. It also maintains terminal storage facilities and operates as a carrier of dry and liquid bulk commodities. Its operations extend from the Twin Cities and Chicago throughout the inland river system, of the United States. 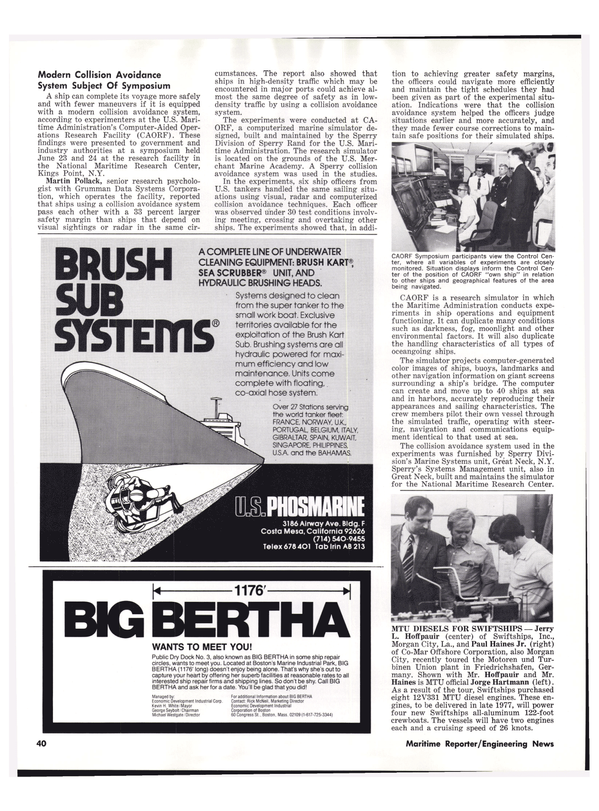