Morris Guralnick Associates, Inc., naval architects and engineers, 550 Kearney Street, San Francisco, Calif. 94108, have announced that Henry A. Olson has joined the staff in the position of project manager. MGA is one of the largest private offices of naval architects in the West.

Each major project is assigned a manager whose duties include assuring the timely delivery and accuracy of work packages.

Mr. Olson joins the MGA staff after spending some 10 years with American President Lines. Among his duties at APL, Mr. Olson was project naval architect for the new Pacesetter-class of containerships.

Mr. Olson had charge of the development of this class from concept, through preliminary design stages, construction, delivery, and post delivery guarantee work.

Prior to assuming his duties at APL, Mr. Olson joined the United States Coast Guard upon graduating from school, and spent over three years with that organization both ashore and at sea. He was commissioned a lieutenant in the Coast Guard Reserve.

Mr. Olson has a Bachelor of Science degree in naval architecture and marine engineering from the Webb Institute of Naval Architecture. 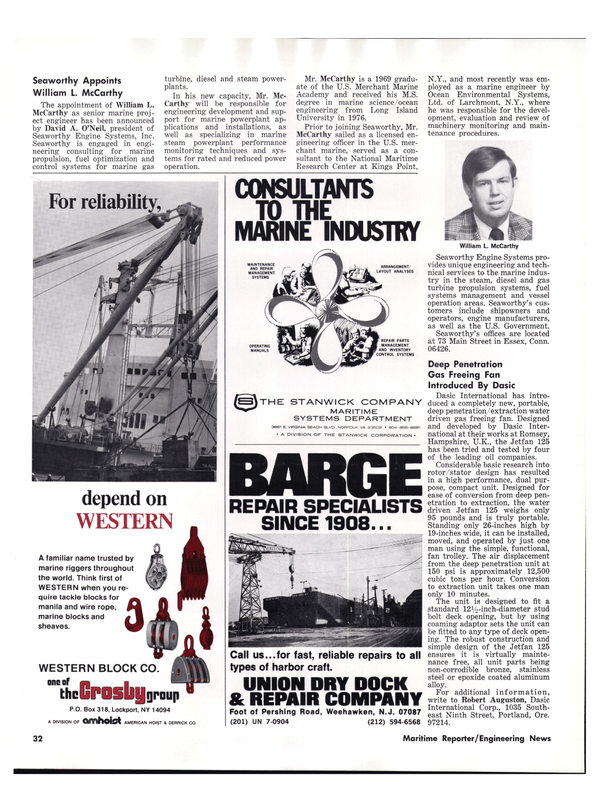