The appointment is the second major promotion Mr. Matthews has received within six months, having only recently received his managerial title. Mr. Matthews is also vice president of Southern Steamship Agency, Inc., a wholly owned subsidiary of Ryan-Walsh.

"We regard his promotion as proper recognition of his experience, professional growth, and contributions to our firm," said Ryan-Walsh president G.L. Leatherbury in announcing the appointment.

Mr. Matthews has been in Gulfport since 1971, though his experience in maritime commerce goes much farther back. He joined Ryan Stevedoring Company at Pascagoula, Miss., in 1969, transferring to Gulfport in 1971. When Ryan and Walsh Stevedoring Companies merged in 1974, Mr.

Matthews was appointed assistant to the Gulfport manager for Ryan-Walsh. Prior to joining Ryan, Mr. Matthews worked for Waterman Steamship Corporation and later for Lykes Bros. 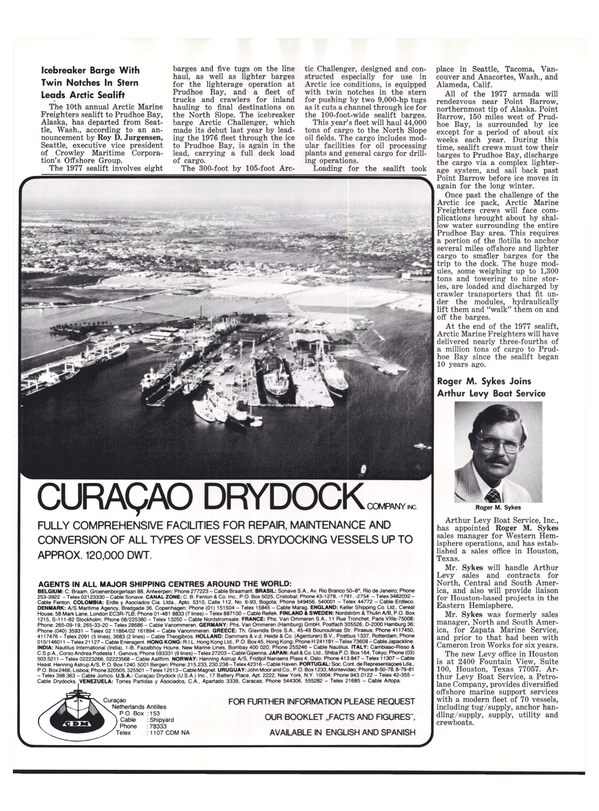