Mr. Dunford was one of the original group assigned to start the Navy on its way to nuclear propulsion, and was directly involved in the design of the USS Nautilus. He retired to become vice president of New York Shipbuilding Corporation, in charge of its Naval Nuclear Shipbuilding. He later served for 6y2 years as Technical Director of the Naval Air Engineering Center in Philadelphia.

CDI Marine's experience includes work with a wide variety of commercial and Naval vessels and offshore drilling rigs/ships. Services include engineering for conversion, alteration and repair; feasibility studies; engineering analysis; conceptual design of ships systems/equipment; definition of configuration; control of costs associated with design and construction, and preparation of marine publications to include manuals and booklets. These services are provided to clients throughout the United States and Europe.

CDI Marine is a division of CDI Corporation, headquartered at 5 Penn Center Plaza, Philadelphia, Pa. 19103, with the principal line of business of providing engineering/ technical services to Government and industry. Southeastern Regional Headquarters of the corporation is located at 5400 Diplomat Circle, Orlando, Fla. 32810, under the direction of Paul I. Beining, senior corporate vice president. 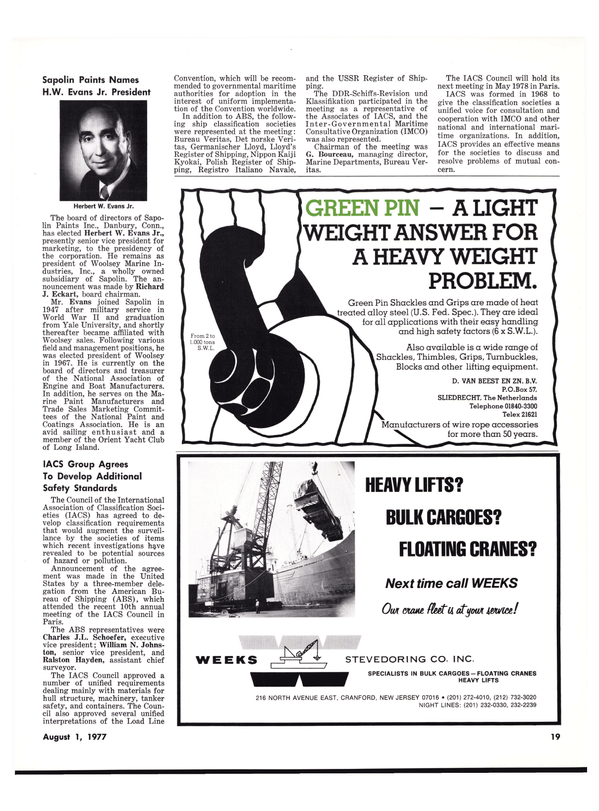