Santa Fe International Corp., Orange, Calif., has announced the early completion of Phase 1 in its $161,000,000 Ras A1 Mish'Ab port project on the east coast of Saudi Arabia.

The first ship berthed at the new port facilities June 25, less than 11 months after the award of the turnkey design-construction contract to Santa Fe Overseas, Inc., a subsidiary of Santa Fe International Corp. The contract was executed by the U.S.

Army Corps of Engineers Middle East Division, acting as agent for the Saudi Arabian Government's Ministry of Defense and Aviation.

The Liberian-fiag M/V Cynthia, first vessel to use the new port, unloaded a cement-handling system, elevator equipment and other materials to be used in completion of two additional berths and onshore cargo-handling facilities.

The present schedule indicates the entire job should be finished before the December 2 contract deadline.

Following its completion, the port of Ras A1 Mish'Ab will handle cement shipments and other incoming cargo required in the construction of the King Khalid Military City and other inland projects to be built by the Saudi Arabian Government as part of its long-range national development program.

Ras A1 Mish'Ab's four berths occupy a man-made sea island located a mile offshore and connected to land by a two-lane road and causeway. Principal onshore facilities include more than 40 port buildings, housing facilities for more than 200 persons and related road and utility systems. 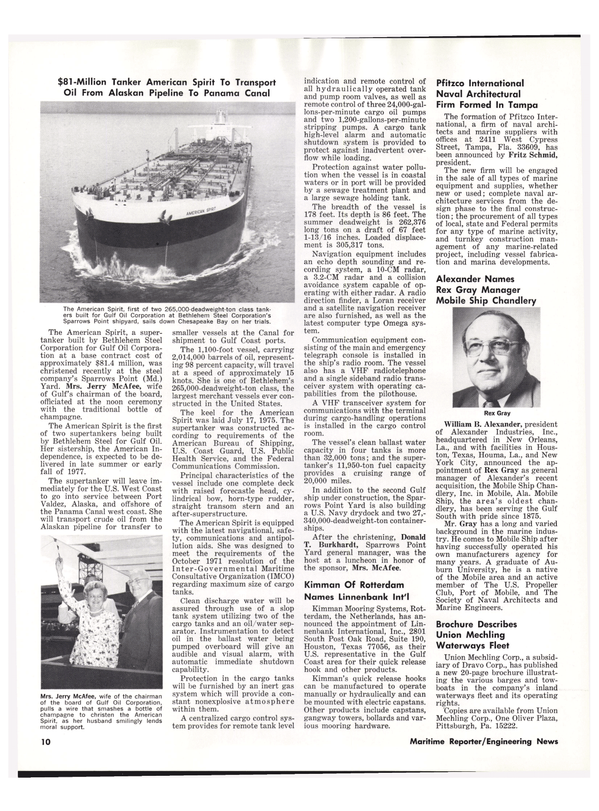