Erik J. Johnsen said that Louis O. Smith has assumed the position of assistant vice president for personnel and administrative functions, and Gary L. Ferguson has been named controller of the company.

A native of New Orleans, Mr.

He joined Central Gulf in 1959 as manager of vessel accounting, and since 1966 has served as controller and director of personnel and office administration.

Mr. Ferguson, born in Waukegan, 111., obtained his Bachelor of Science degree in accounting from Louisiana State University in Baton Rouge. He joined Central Gulf in 1968 as staff accountant, and was named assistant treasurer of the company in 1970.

As controller, he will be responsible for the company's accounting functions.

Central Gulf, a U.S.-flag vessel owner and operator headquartered in New Orleans, is an affiliate of Trans Union Corporation 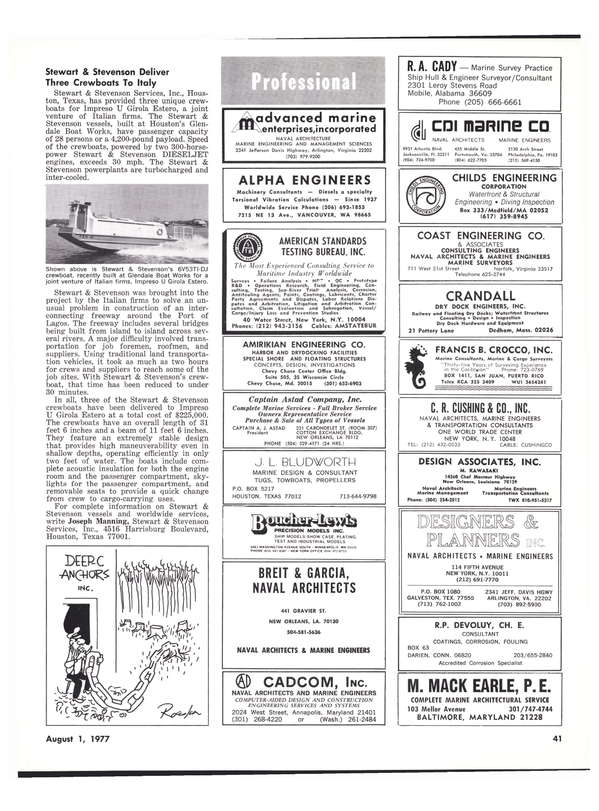