The 1977 sealift involves eight barges and five tugs on the line haul, as well as lighter barges for the lighterage operation at Prudhoe Bay, and a fleet of trucks and crawlers for inland hauling to final destinations on the North Slope. The icebreaker barge Arctic Challenger, which made its debut last year by leading the 1976 fleet through the ice to Prudhoe Bay, is again in the lead, carrying a full deck load of cargo.

The 300-foot by 105-foot Arctic Challenger, designed and constructed especially for use in Arctic ice conditions, is equipped with twin notches in the stern for pushing by two 9,000-hp tugs as it cuts a channel through ice for the 100-foot-wide sealift barges.

This year's fleet will haul 44,000 tons of cargo to the North Slope oil fields. The cargo includes modular facilities for oil processing plants and general cargo for drilling operations.

Loading for the sealift took place in Seattle, Tacoma, Vancouver and Anacortes, Wash., and Alameda, Calif.

All of the 1977 armada will rendezvous near Point Barrow, northernmost tip of Alaska. Point Barrow, 150 miles west of Prudhoe Bay, is surrounded by ice except for a period of about six weeks each year. During this time, sealift crews must tow their barges to Prudhoe Bay, discharge the cargo via a complex lighterage system, and sail back past Point Barrow before ice moves in again for the long winter.

Once past the challenge of the Arctic ice pack, Arctic Marine Freighters crews will face complications brought about by shallow water surrounding the entire Prudhoe Bay area. This requires a portion of the flotilla to anchor several miles offshore and lighter cargo to smaller barges for the trip to the dock. The huge modules, some weighing up to 1,300 tons and towering to nine stories, are loaded and discharged by crawler transporters that fit under the modules, hydraulically lift them and "walk" them on and off the barges.

At the end of the 1977 sealift, Arctic Marine Freighters will have delivered nearly three-fourths of a million tons of cargo to Prudhoe Bay since the sealift began 10 years ago. 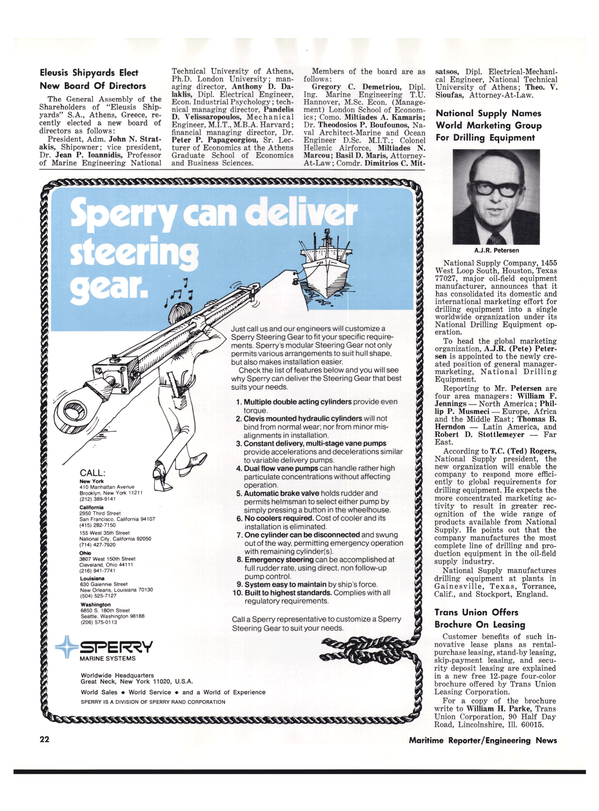