Stewart & Stevenson was brought into the project by the Italian firms to solve an unusual problem in construction of an interconnecting freeway around the Port of Lagos. The freeway includes several bridges being built from island to island across several rivers. A major difficulty involved transportation for job foremen, roof men, and suppliers. Using traditional land transportation vehicles, it took as much as two hours for crews and suppliers to reach some of the job sites. With Stewart & Stevenson's crewboat, that time has been reduced to under 30 minutes.

In all, three of the Stewart & Stevenson crewboats have been delivered to Impreso U Girola Estero at a total cost of $225,000.

They feature an extremely stable design that provides high maneuverability even in shallow depths, operating efficiently in only two feet of water. The boats include complete acoustic insulation for both the engine room and the passenger compartment, skylights for the passenger compartment, and removable seats to provide a quick change from crew to cargo-carrying uses. 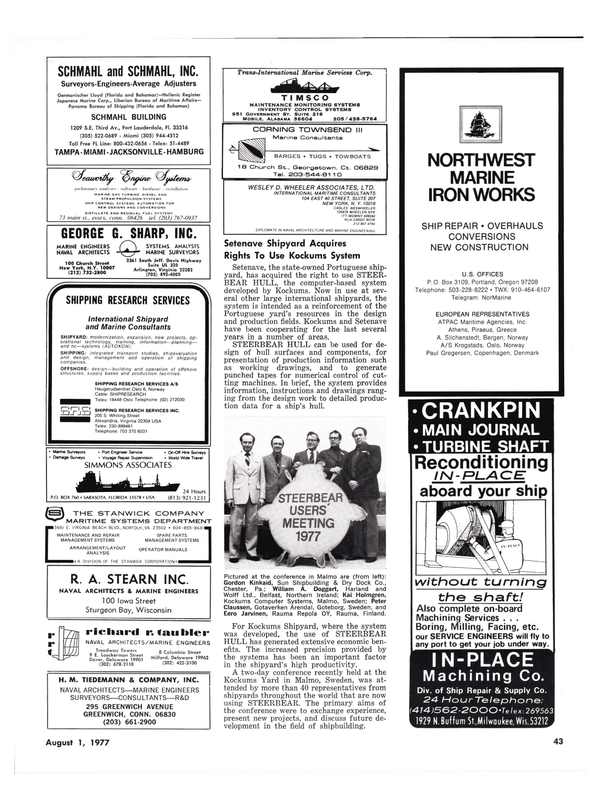