In his announcement, Mr.

Coughlin stated: "The continuing search for oil and other mineral resources under the sea presents a broadening market for Lake Shore marine products. Today, there is an increasing need for Lake Shore cranes, winches, windlasses, and mooring systems in the offshore industry. By locating an office in Houston, we are endeavoring to develop and expand our services to the offshore industry in the Gulf Coast area." G. Curtis Gibby, who has been named manager-offshore sales, will be in charge of the Gulf Coast operation, according to Mr.

Coughlin, and will be transferred to Houston from the company's headquarters office at Kingsford, Mich.

A native of Winthrop, Mass., and a graduate of the U.S. Naval Academy, Annapolis, Md., Mr.

Gibby joined Lake Shore in 1974 as a technical sales coordinator in the Marine Division. For the past several years, he has been active in the marine application engineering effort in the Great Lakes area and has had extensive experience in mooring applications.

Recently, Mr. Gibby has been involved in the development of a traction towing machine for U.S. Navy tugs.

Mr. Gibby, who served in the Navy for 10 years, saw combat duty in Vietnam, where he commanded an underwater demoli- tions platoon. 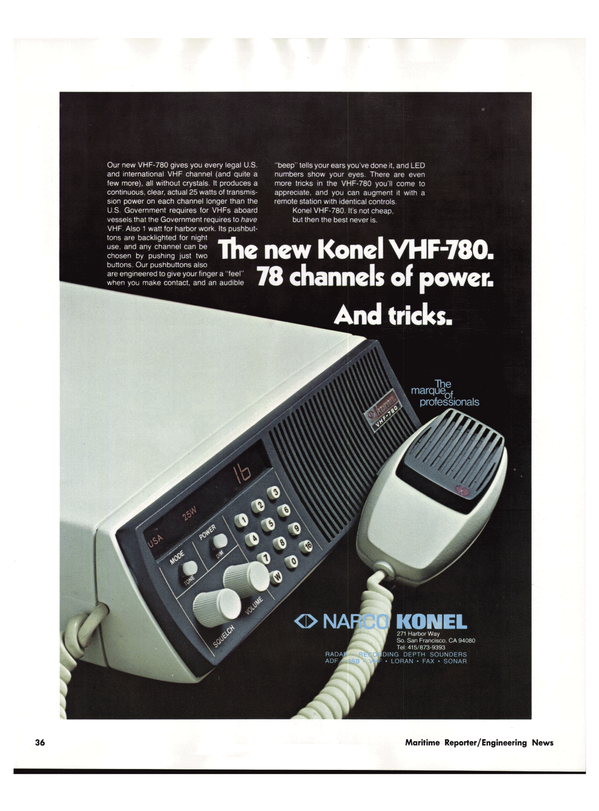