(Larry) French has been named president and chief operating officer.

Stephen A. Girard, headquartered at Kaiser Center in Oakland, Calif., was named the shipbuilder's chief executive officer in addition to his current post as chairman.

Roland A. Kjelland, former NASSCO president and chief executive officer, has resigned to assume broadened responsibilities with Kaiser Steel Corporation as its executive vice president. He continues as a member of the NASSCO board of directors.

Before joining NASSCO, he served as a supervising engineer with a multinational engineering firm, and in engineering capacities with several of the nation's largest steelmakers. 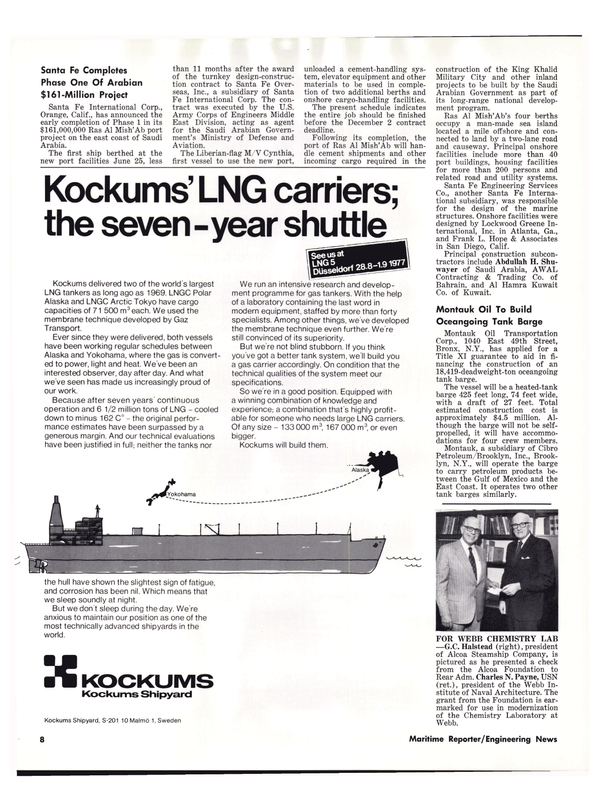