A ship can complete its voyage more safely and with fewer maneuvers if it is equipped with a modern collision avoidance system, according to experimenters at the U.S. Maritime Administration's Computer-Aided Operations Research Facility (CAORF). These findings were presented to government and industry authorities at a symposium held June 23 and 24 at the research facility in the National Maritime Research Center, Kings Point, N.Y.

Martin Pollack, senior research psychologist with Grumman Data Systems Corporation, which operates the facility, reported that ships using a collision avoidance system pass each other with a 33 percent larger safety margin than ships that depend on visual sightings or radar in the same circumstances.

The report also showed that ships in high-density traffic which may be encountered in major ports could achieve almost the same degree of safety as in lowdensity traffic by using a collision avoidance system.

The experiments were conducted at CAORF, a computerized marine simulator designed, built and maintained by the Sperry Division of Sperry Rand for the U.S. Maritime Administration. The research simulator is located on the grounds of the U.S. Merchant Marine Academy. A Sperry collision avoidance system was used in the studies.

In the experiments, six ship officers from U.S. tankers handled the same sailing situations using visual, radar and computerized collision avoidance techniques. Each officer was observed under 30 test conditions involving meeting, crossing and overtaking other ships. The experiments showed that, in addi- tion to achieving greater safety margins, the officers could navigate more efficiently and maintain the tight schedules they had been given as part of the experimental situation.

Indications were that the collision avoidance system helped the officers judge situations earlier and more accurately, and they made fewer course corrections to maintain safe positions for their simulated ships.

CAORF is a research simulator in which the Maritime Administration conducts experiments in ship operations and equipment functioning. It can duplicate many conditions such as darkness, fog, moonlight and other environmental factors. It will also duplicate the handling characteristics of all types of oceangoing ships.

The simulator projects computer-generated color images of ships, buoys, landmarks and other navigation information on giant screens surrounding a ship's bridge. The computer can create and move up to 40 ships at sea and in harbors, accurately reproducing their appearances and sailing characteristics. The crew members pilot their own vessel through the simulated traffic, operating with steering, navigation and communications equipment identical to that used at sea. 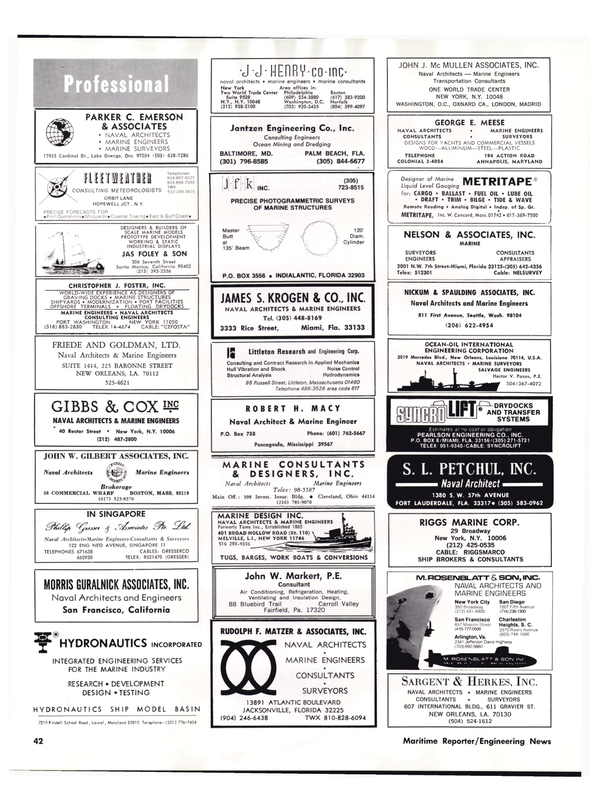