The appointment of William L.

McCarthy as senior marine project engineer has been announced by David A. O'Neil, president of Seaworthy Engine Systems, Inc.

In his new capacity, Mr. Mc- Carthy will be responsible for engineering development and support for marine powerplant applications and installations, as well as specializing in marine steam powerplant performance monitoring techniques and systems for rated and reduced power operation.

Mr. McCarthy is a 1969 graduate of the U.S. Merchant Marine Academy and received his M.S.

degree in marine science/ocean engineering from Long Island University in 1976.

Prior to joining Seaworthy, Mr.

McCarthy sailed as a licensed engineering officer in the U.S. merchant marine, served as a consultant to the National Maritime Research Center at Kings Point, N.Y., and most recently was employed as a marine engineer by Ocean Environmental Systems, Ltd. of Larchmont, N.Y., where he was responsible for the development, evaluation and review of machinery monitoring and maintenance procedures.

Seaworthy's offices are located at 73 Main Street in Essex, Conn. 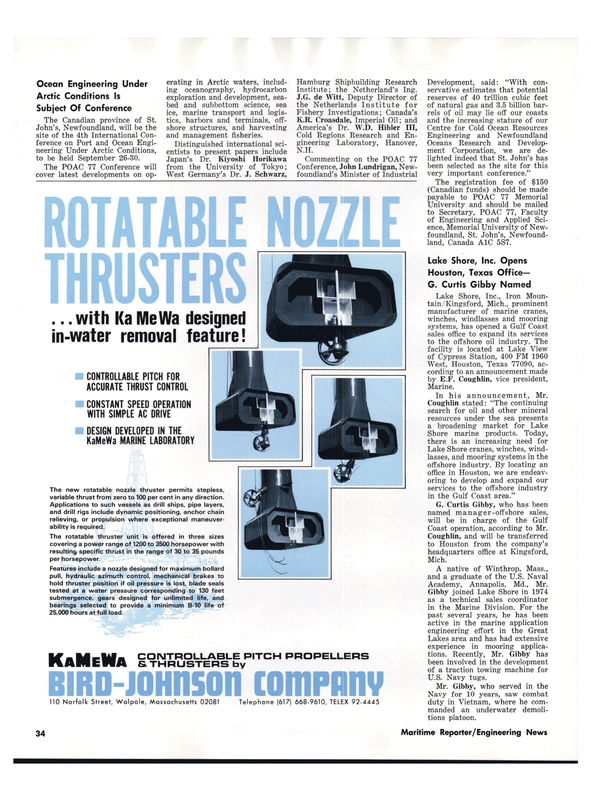