The turbine electric DC installation will be replaced by a diesel electric AC/DC system.

Total installed diesel power will be 31,560 kw from five diesel generator sets, type 16 M 453 C of 5,880 kw each, and two diesel generator sets type 6 M 282 of 1,100 kw each. In addition, the contract specifies the general overhaul of the DC-propulsion motors and testing of the propulsion system on a special test rig in Canada.

Krupp MaK is the general contractor for the whole propulsion system. The electrical part will be supplied by Siemens Electric Limited Canada.

Other contracts recently concluded by Krupp Mak include two containerships ordered by Chinese state shipping company COSCO from Howaldswerke Deutsche Werft AG, which will have six Krupp MaK diesel generator sets (in all COSCO will then have eight ships with 24 MaK diesel generator sets); Dutch reefer owner Seatrade will have its third reefer built by Van Diepen Werft in Holland equipped with a 6 M 601 main propulsion engine of 6,600 kw; and a 6 M 601 main engine with 6,000 kw has been specified for a Spanish tuna seiner.

For free literature containing full details on the facilities and capabilities of Krupp Mak, Circle 55 on Reader Service Card 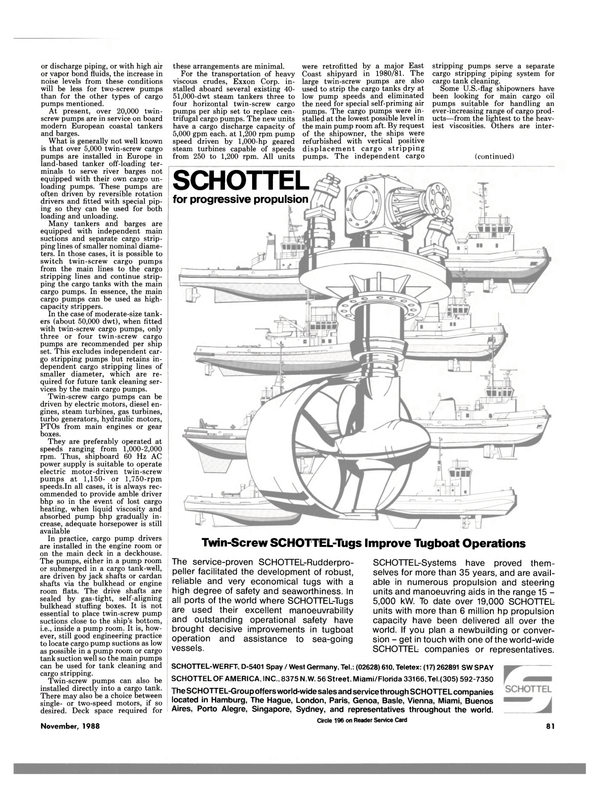