In one of the largest union-led buyouts in recent years, over 400 union and non-union shipyard workers became the owners of Seattle- based tug and barge builder WFI Industries, helping the company to emerge from bankruptcy. The firm will now be known as Unimar International.

Mr. Liddle, head of one of the 12 unions involved in the buyout, was instrumental in arranging the help of Drexel Burnham Lambert, the investment banking firm, to formulate a buyout plan.

Employees will own 73 percent of the common stock of Unimar through an employee stock owner- ship plan. The remaining common stock will be held by unsecured creditors, Richard Woeck and Drexel Burnham Lambert.

In a speech to the employees, Mr.

Liddle said: "Although the past year has been extremely difficult and at times our cause seemed hopeless, this is the exciting moment we have worked so hard for. Today, we stand together not just as united workers but as partners and owners." The shipyard plans to secure work from the commercial fishing industry. At present, a number of fish processor/trawler boats are being constructed or are planned for use off the coast of Alaska. Unimar also intends to secure U.S. Navy, Coast Guard and Department of Defense repair contracts. 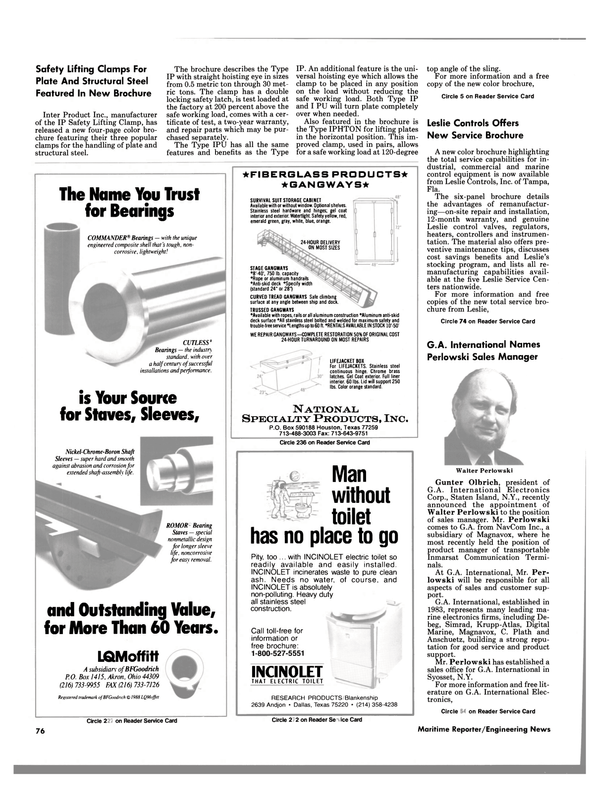