Gladding-Hearn Shipbuilding, The Duclos Corp., which launched its first high-speed passenger ferry designed by Australian marine architect Philip Hercus just over a year ago, has announced the sale of its fourth International Catamaran (INCAT) to TNT Hydrolines, Inc., a New Jersey-based subsidiary of TNT, Ltd. of Australia, one of the world's largest transportation companies.

Hercus's INCATs, said the commuter boat will take between seven to eight months to construct, as each vessel is custom built. The commuter trip to Manhattan is expected to take about 45 minutes.

For more information and free literature on the facilities and capabilities of Gladding-Hearn Shipbuilding, Circle 30 on Reader Service Card 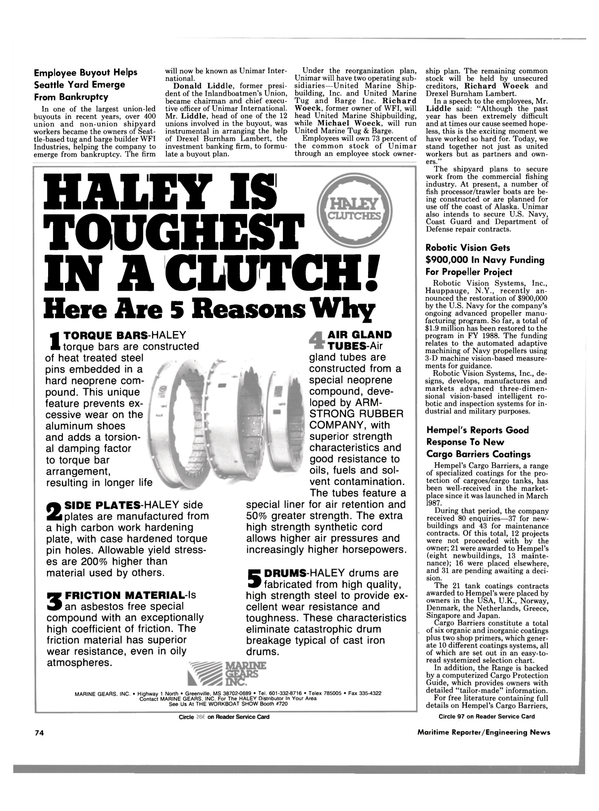