A joint venture has been formed, Nautilus Submarines of America, Inc., Fort Pierce, Fla., to manufacture, market, and operate passenger tourist submarines throughout the world with primary emphasis on the U.S. and Caribbean markets.

The new firm was formed by a joint venture partnership between Fluid Energy, Ltd., of Scotland, one of the world's leading underwater engineering firms specializing in the design and manufacture of commercial and leisure submarines, and James B. Cain, a prominent Florida developer.

"This is a very exciting, exclusive opportunity for the leisure industry since it is an untapped market in the United States," said Ronald Bell, president of Nautilus Submarines.

"We have considerable interest from a wide range of investors." According to industry analysts in a recent Time magazine article, more than 100 tourist submarines will be in operation by early next decade. They also foresee a $250- million-per-year market being developed within the same time frame.

Nautilus Submarines is leasing 10,000 square feet of space in the Harbor Branch Oceanographic Institute, a non-profit foundation in Fort Pierce. The firm's facilities opened for operation in early August.

"We have had interest from cruise lines and resorts, which would form joint ventures with us to provide the submarine operations at several locations," said Mr. Bell.

"Others have expressed a desire to develop facilities with us at state parks in Florida and California." The submarines, which will be located at offshore sites and accessed by sub tenders, carry up to 62 passengers for one-hour underwater excursions. 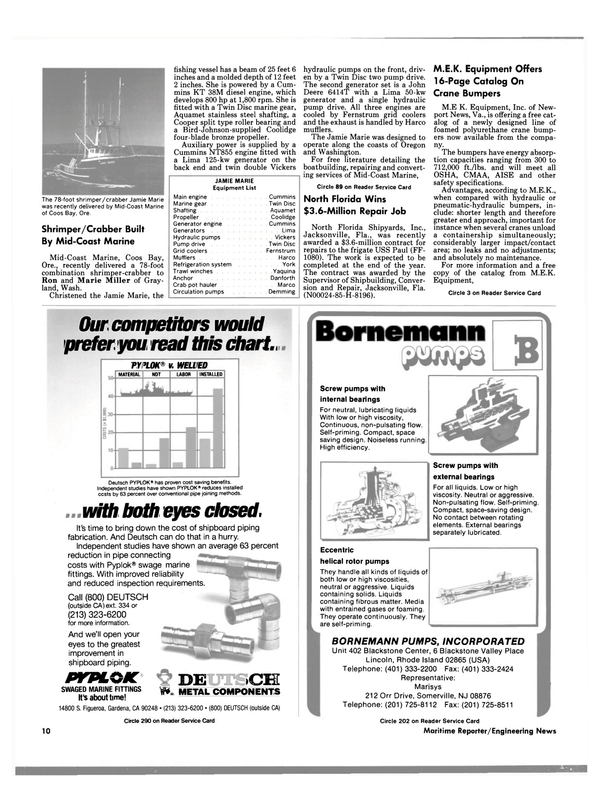