A proposed commercial shipyard recovery plan was presented at the Shipbuilders Council of America (SCA) board of directors meeting and Congressional seminar held recently in White Sulphur Springs, W.Va., according to a recent article in Shipyard Weekly.

A joint industry, labor, and government cooperative effort to make the U.S. commercial shipbuilding industry more competitive is the foundation of the program, which also aims to have modern, highly efficient shipyards in place that can capture 2-3 percent of the world market—the share required to sustain the domestic commercial shipbuilding base.

Since government subsidy programs supporting U.S. shipbuilders were denied funding in 1981, the industry has had to compete against subsidized foreign shipyards. Thus, the U.S. market share for building commercial ships dwindled as a consequence, and capital investments required to bring about productivity improvements have not been made.

Design standardization as the key to maximizing productivity improvements, with U.S. shipyards building a series of standard design ships for an interim assured market, is the main focus of the SCA program.

Development of the standard design (or designs) would be driven by productivity considerations that would emphasize construction cost and schedule savings, as well as efficiency and economy of operations.

The U.S. Government would sponsor the temporary assured market of six to 10 ships, stimulating shipyard investment, providing the opportunities for shipyards to apply improved productivity methodologies and training, and sustain sustaining the U.S. shipbuilding industry while it is making the improvements necessary to become competitive.

Government-sponsored programs to create the temporary assured market include the following examples: (1) Replacement ships for sealift tankers required by the Military Sealift Command. (2) Sealift ships for mobilization acquired under a Procure and Charter program. (3) Ships ordered by U.S. federal agencies, such as the Coast Guard, Army, National Oceanic and Atmospheric Administration, and the National Science Foundation. (4) Ships resulting from tighter enforcement of government-impelled cargo requirements.

The SCA shipyard recovery program also includes the conduct of continuing research into productivity improvements which would benefit not only the commercial sector, but the yards engaged in U.S. Navy construction as well. No new shipbuilding capacity would be created; rather, current capability would be stabilized. The program would thus result not only in enabling the U.S.

to take its place among other hightechnology shipbuilding nations, but also preserve the shipbuilding mobilization base required for national defense. 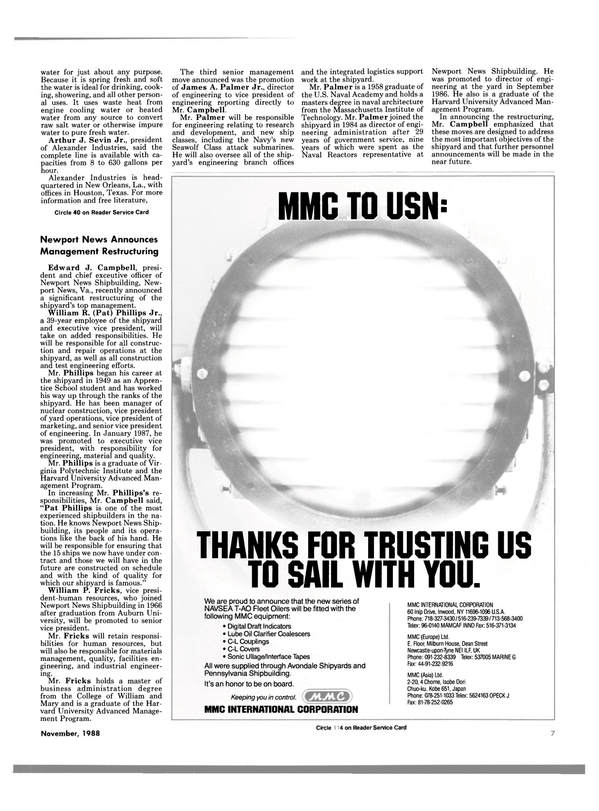