In a surprise announcement, a minority stockholder of Royal Admiral Cruises, Arne Wilhelmsen, has recently divulged that his company, the Anders Wilhelmsen & Co.

group, has exercised its right of first refusal to purchase the balance of Royal Admiral. Royal Admiral is the holding company for both Royal Caribbean Cruise Line and Admiral Cruises.

In addition, Mr. Wilhelmsen chairman of Anders Wilhelmsen & Co. A/S of Oslo, Norway, also announced that they are negotiating the formation of a joint venture with an entity related to the Pritzker family, the owners of the Hyatt and Hyatt International chain of 144 hotels.

This now puts an end to months of speculation as to future ownership of the world's largest cruise line, including a recent $561-million offer from Carnival Cruise Line, Inc.

for 70 percent of the stock. Mr. Wilhelmsen had a deadline of October 10 to exercise his option and in the past months (since Carnival's offer) has arranged for fiancing for the purchase through Christiania Bank og Kreditkasse of Norway and Bank of Nova Scotia.

Currently the Royal Admiral fleet includes the new Sovereign of the Seas, the world's largest cruise ship, which has been named "Ship of the Year" and "World's Best" by the travel industry and was chosen as one of MARITIME REPORTER'S "Outstanding Oceangoing Ships of 1987." A new 1,600-passenger vessel is under construction in France and negotiations are under way for one or possibly two more sister ships to the luxurious 2,300-passenger Sovereign of the Seas. 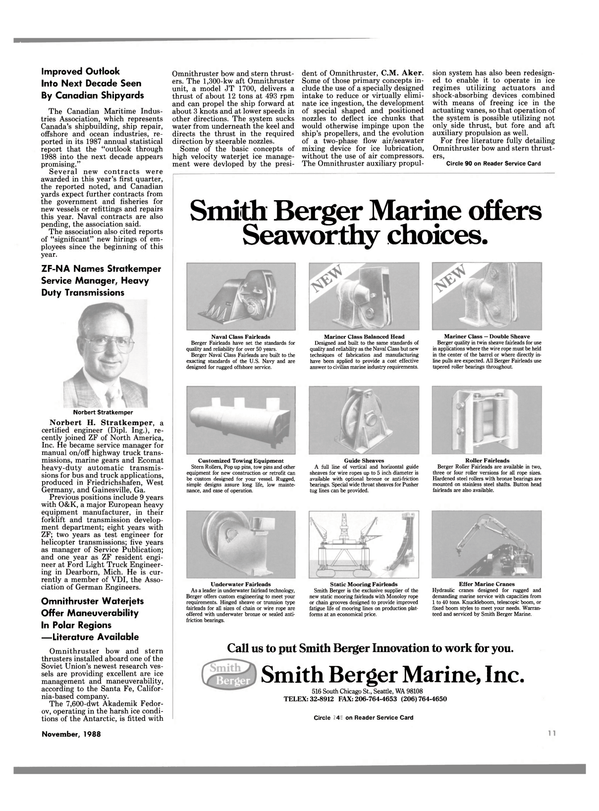